For thirty years, Senator Helms served the people of North Carolina from the Dirksen Senate Office Building on Constitution Avenue in Washington, DC. He met with heads of state, celebrities, and members of congress. However, he was also known for his willingness to meet with anyone who had an issue and needed his help. There are countless stories of Senator Helms inviting a fellow North Carolinian into his office to chat, and he was ready to listen and help in any way possible. Senator Helms was also proud to display awards he received and photographs of people he met over those thirty years. Also, Helms had a great sense of humor about the political cartoons portrayed him and he had a wall dedicated to some of the ones he thought were the best. 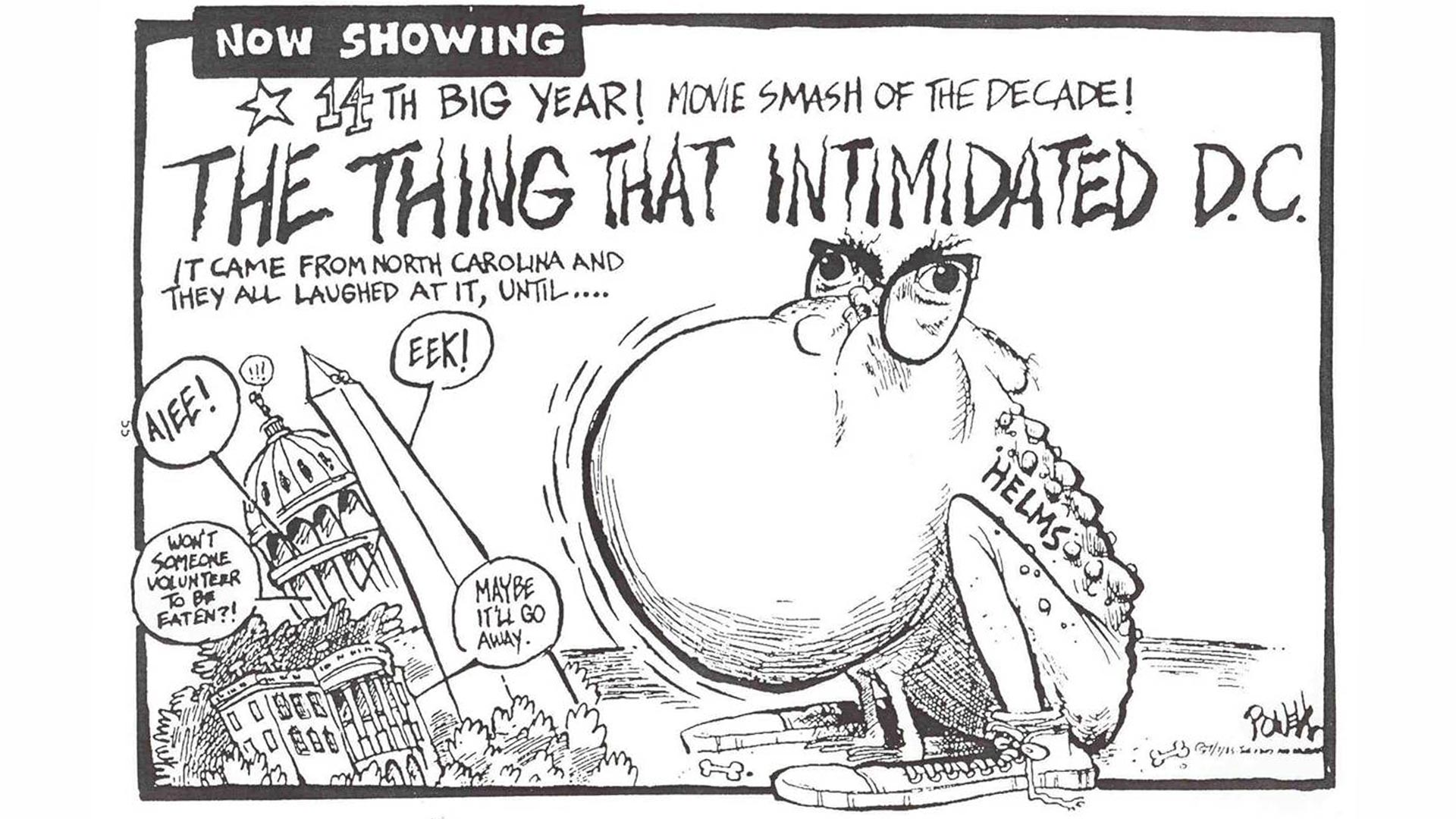 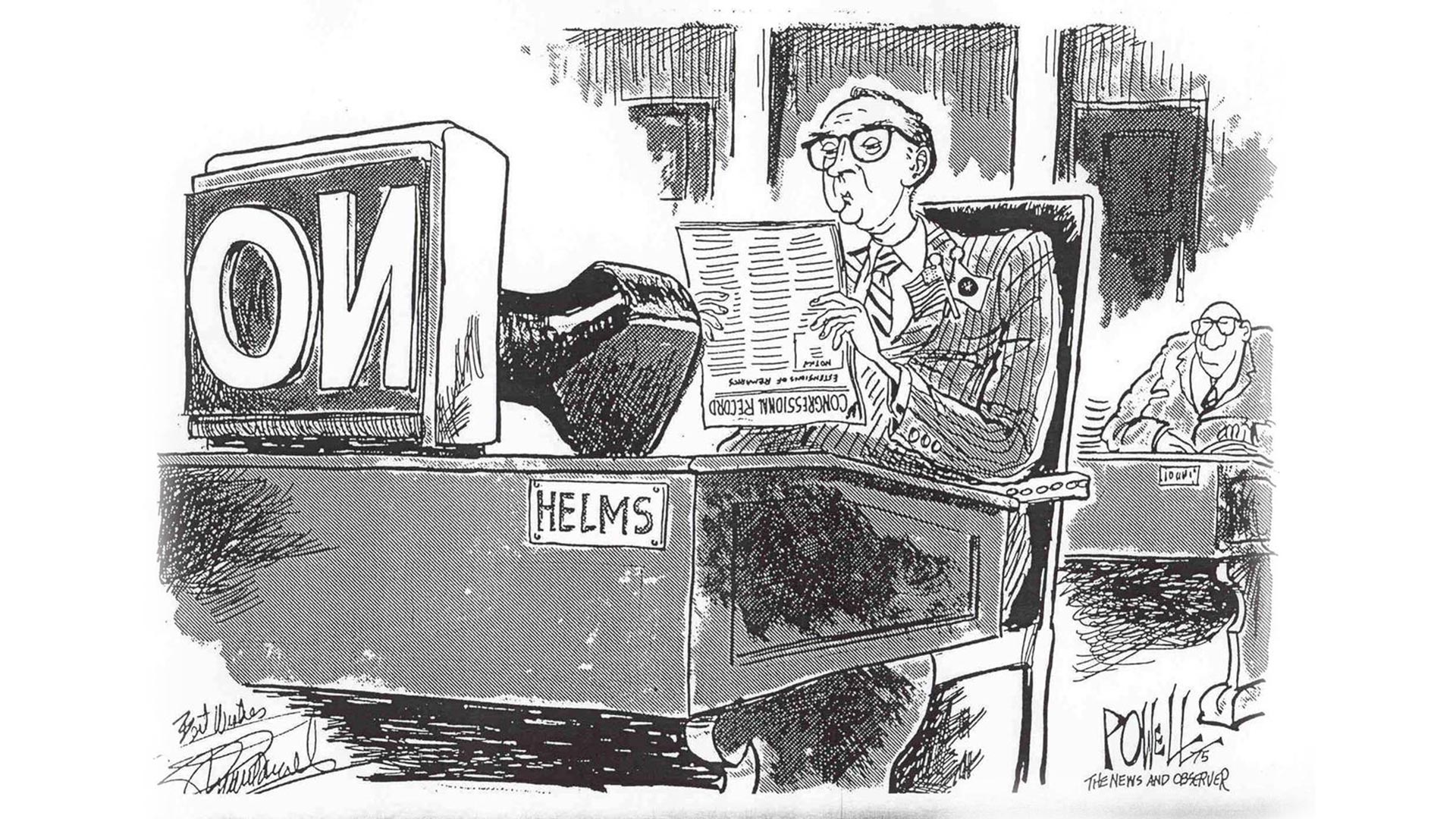 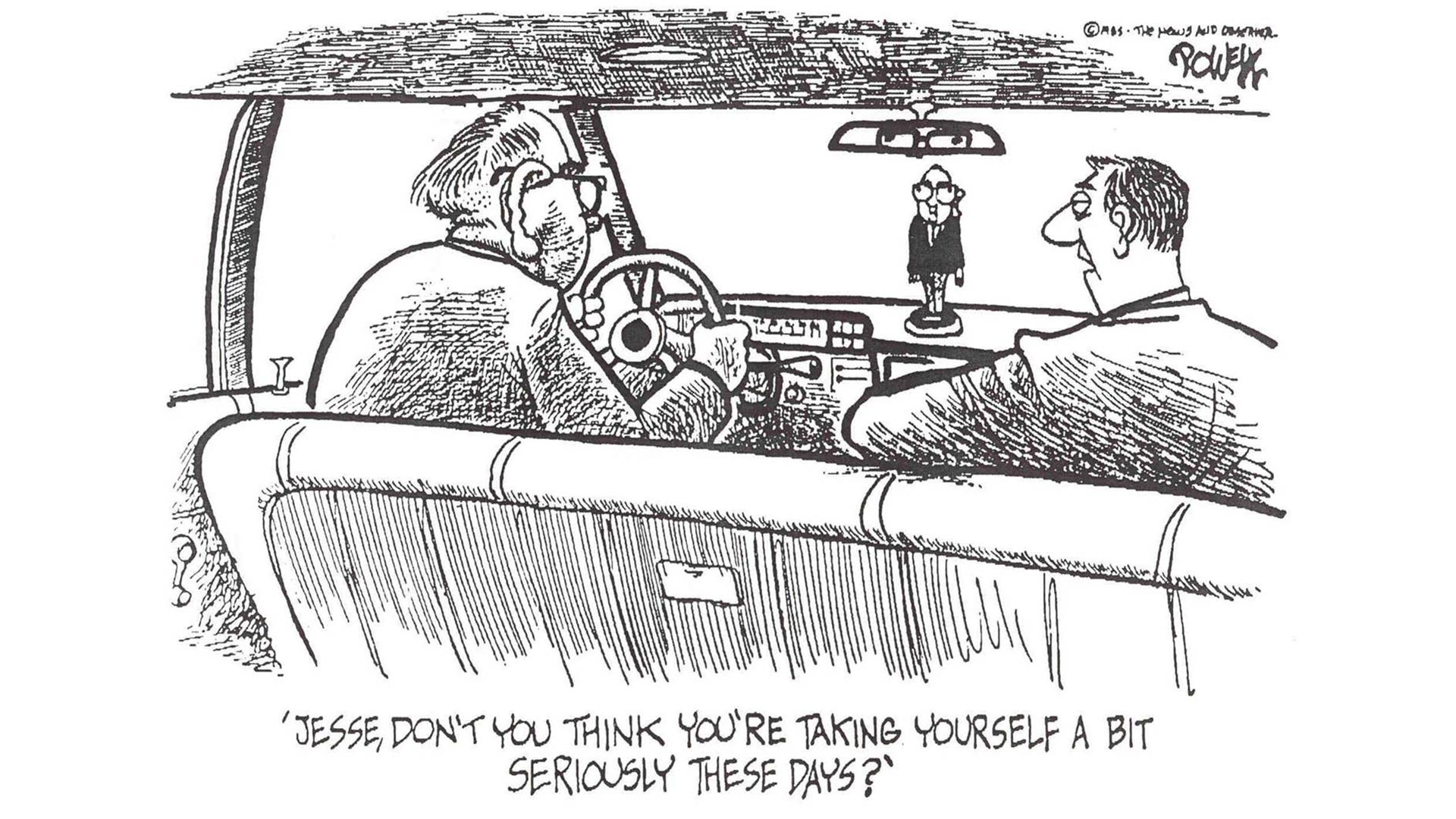 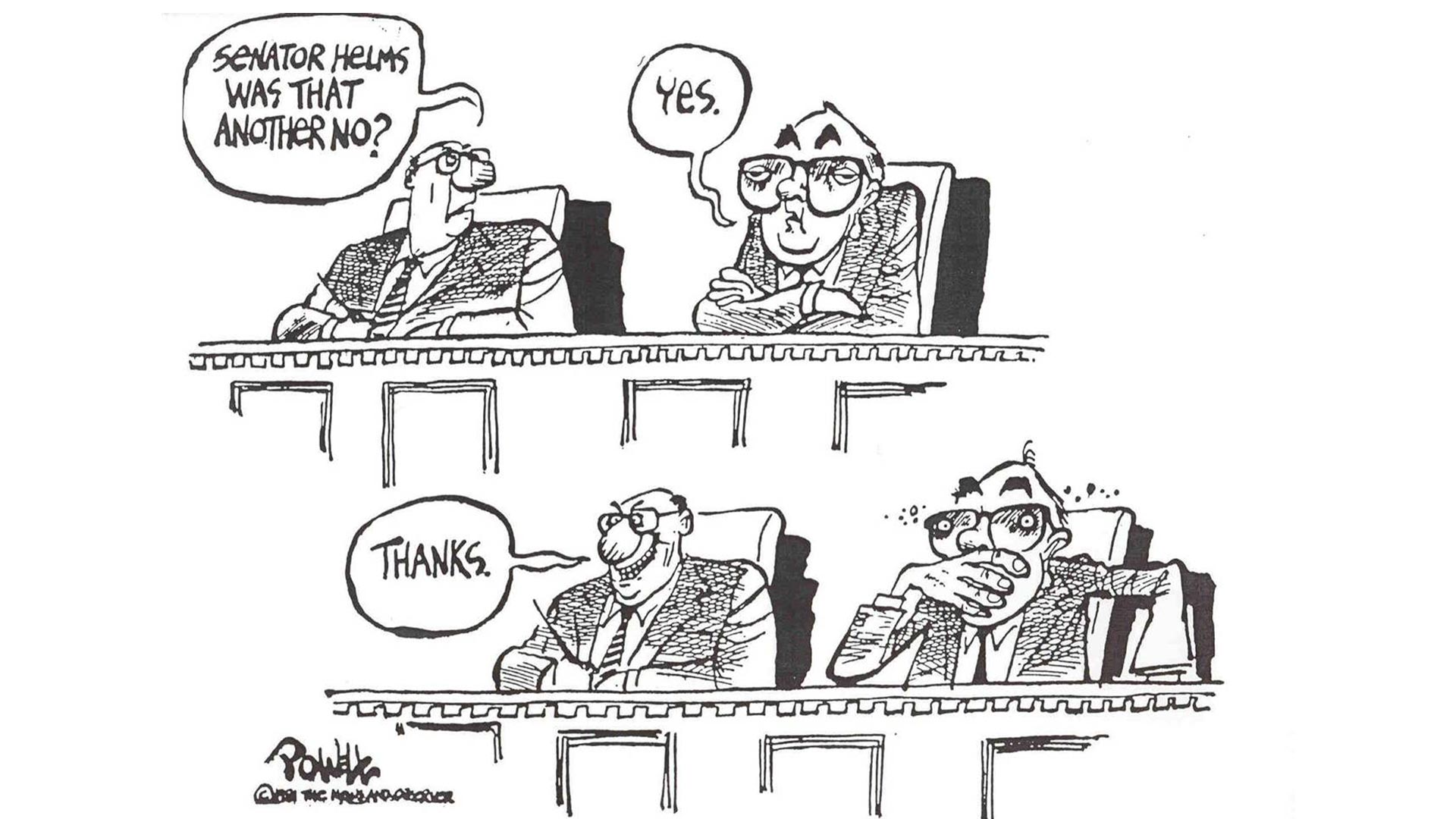