Jesse Helms first met Ronald Reagan in the early 1960s while still working for WRAL-TV in Raleigh. Reagan supported Helms in his 1972 Senate campaign and when Reagan ran for President in 1976. Although Reagan did not win the Republican nomination he made quite an impact and garnered enough support to eventually lead him to victory in 1980 and again in 1984. Senator Helms and President Reagan often worked together during his two terms but there were also instances when they disagreed. Helms wrote, “I am obliged to make the record clear: While President Reagan and I agreed on most things, there were some topics on which I felt obliged to publicly state my opposition.” In spite of these minor differences of opinion they remained good friends and supported each other long after Reagan left the White House. 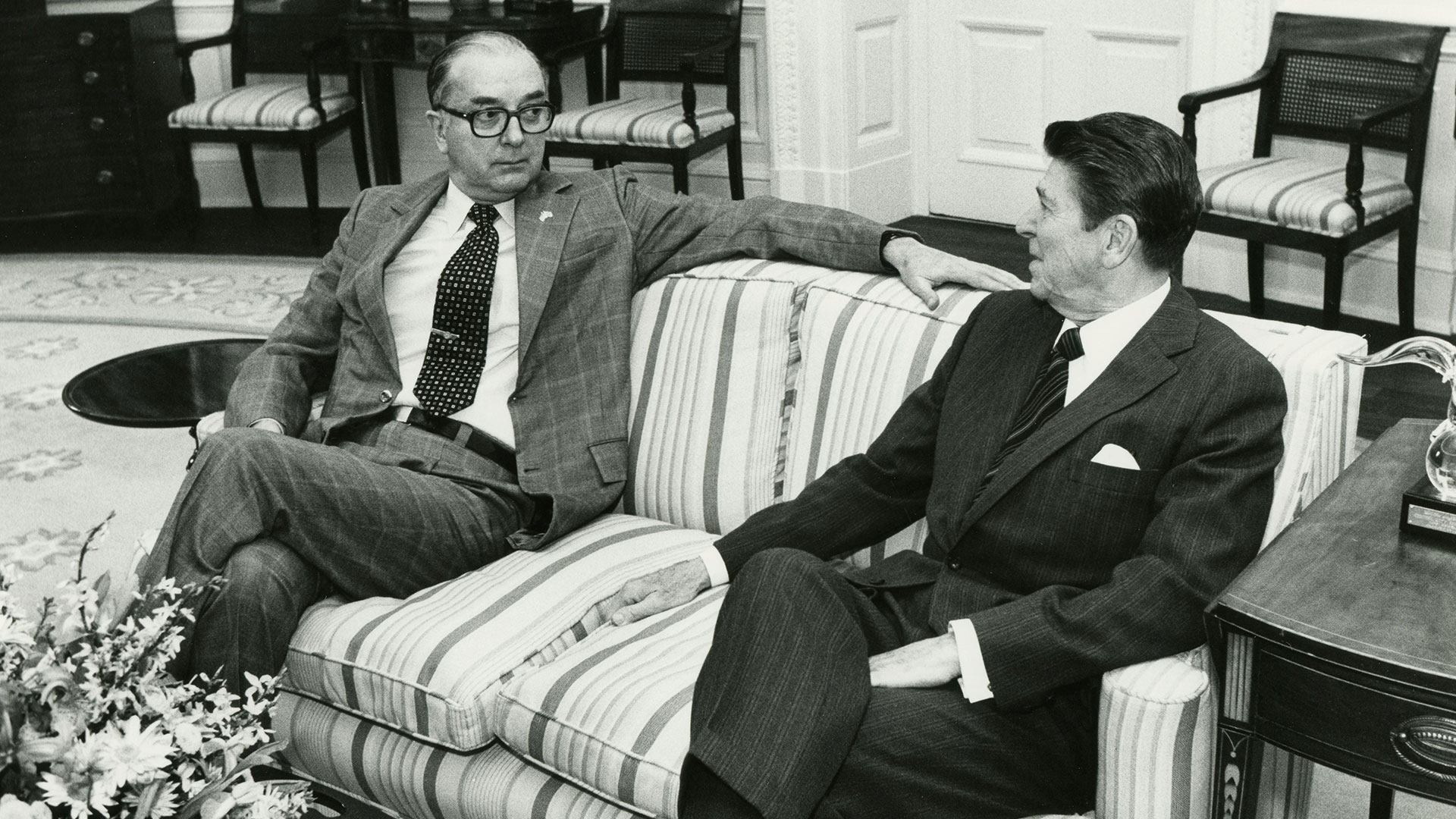 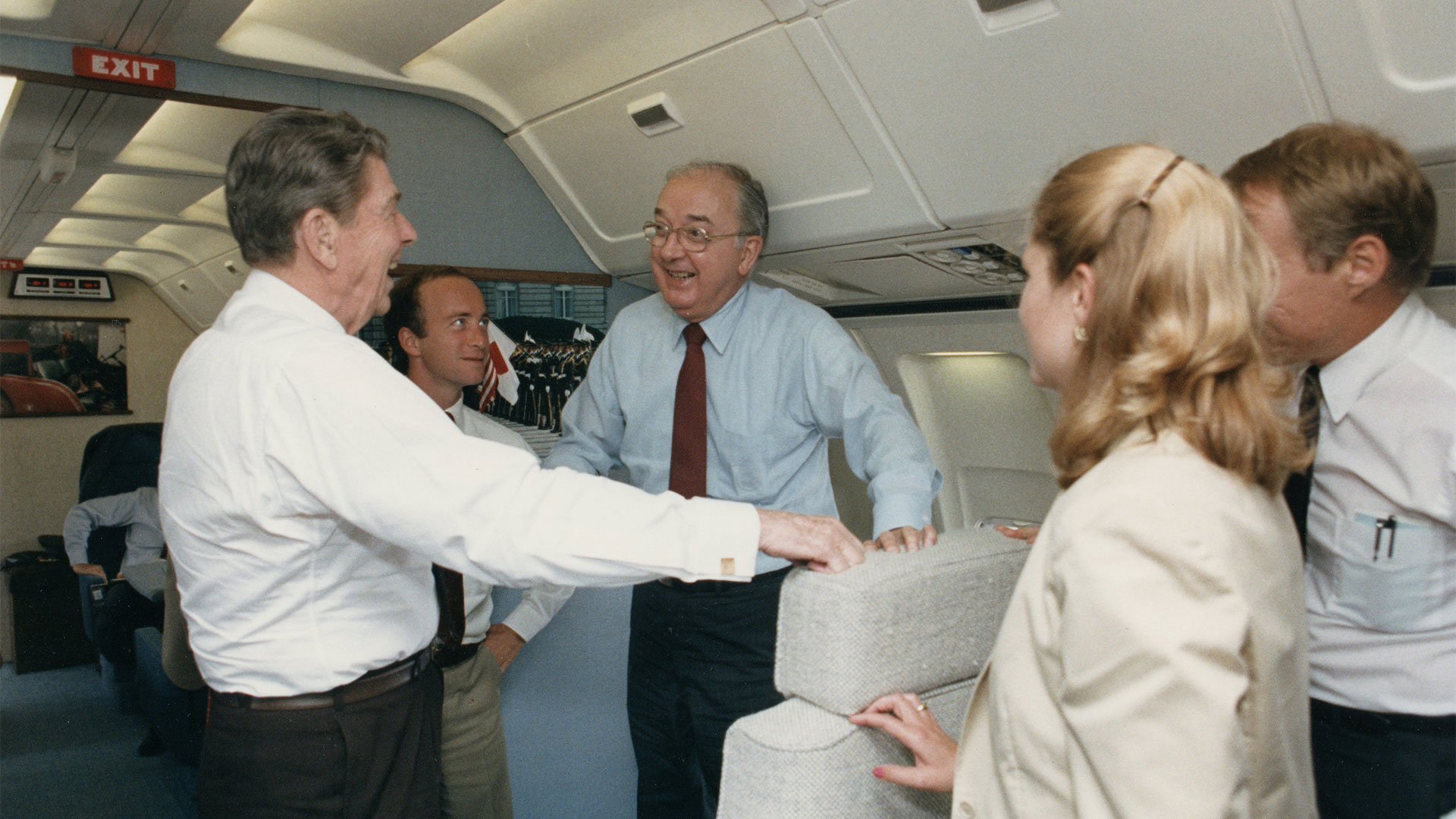 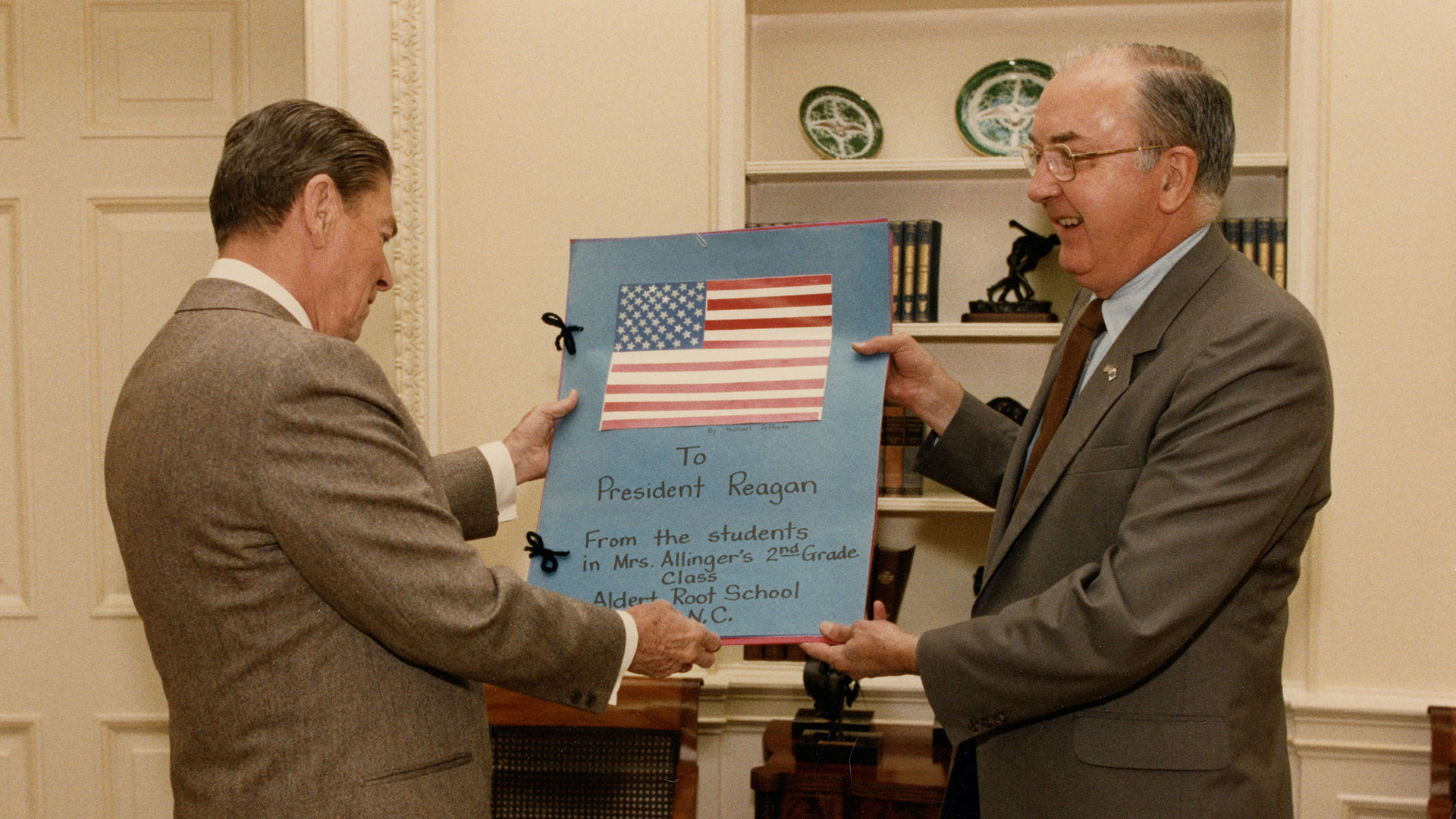 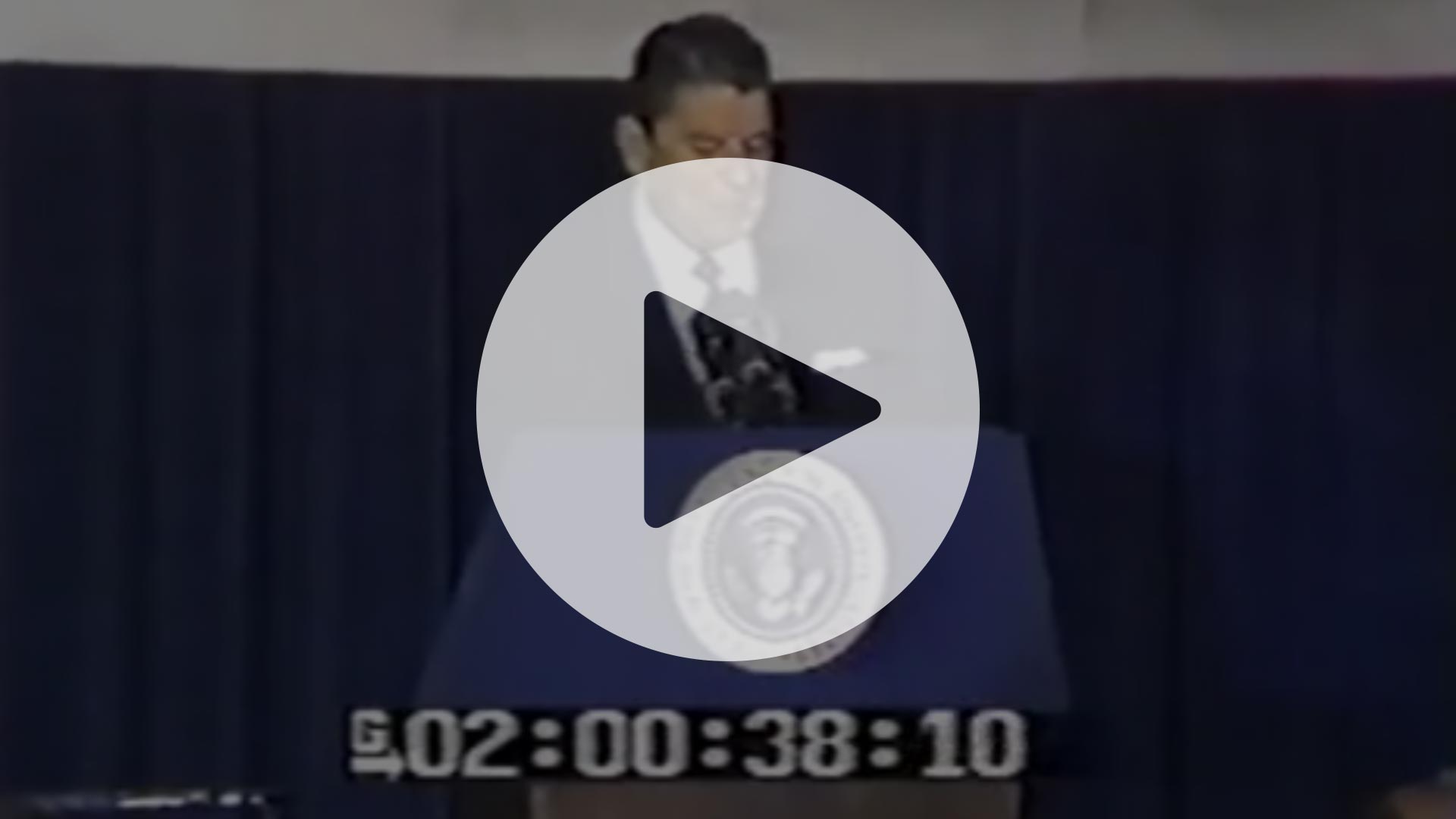 Senator Helms was not known for his generosity when it came to federal spending. His conservative ideology and refusal to compromise his principles often kept him from approving government spending if he thought it would be wasteful or be used for the wrong reasons. Therefore, when it came to providing foreign aid Senator Helms often voted against the extra spending and because of that, during the 1984 reelection, his opponents accused him of being anti-Israel.
During this time, Senator Chic Hecht (R-NV), a friend of Senator Helms, suggested he meet with some Jewish leaders to set the record straight. Senator Hecht also invited Helms and his wife to Israel with him, but not at the taxpayers’ expense. In August 1985, they all took a private trip to Israel and met with members of Israeli government, visited schools and hospitals and met with many private citizens all over the country.  Without a government agenda, Senator Helms was free to ask questions and hear directly from the people about the problems they faced every day. Helms also established important lines of communication with Israeli leaders that later helped him get the correct facts about issues related to Israel.
Clearly, visiting Israel helped Senator Helms see how important it was for the United States to have a good relationship and to help support Israel whenever possible. After the trip, Helms said, “As our trip to Israel revealed, there are many reasons why the United States should be a good friend to Israel, but none is more important than the right of Israeli citizens to live with freedom from fear of their neighbors…Israel, of course, has an ancient and moral right to exist, repeatedly affirmed by the civilized nations of the world.” 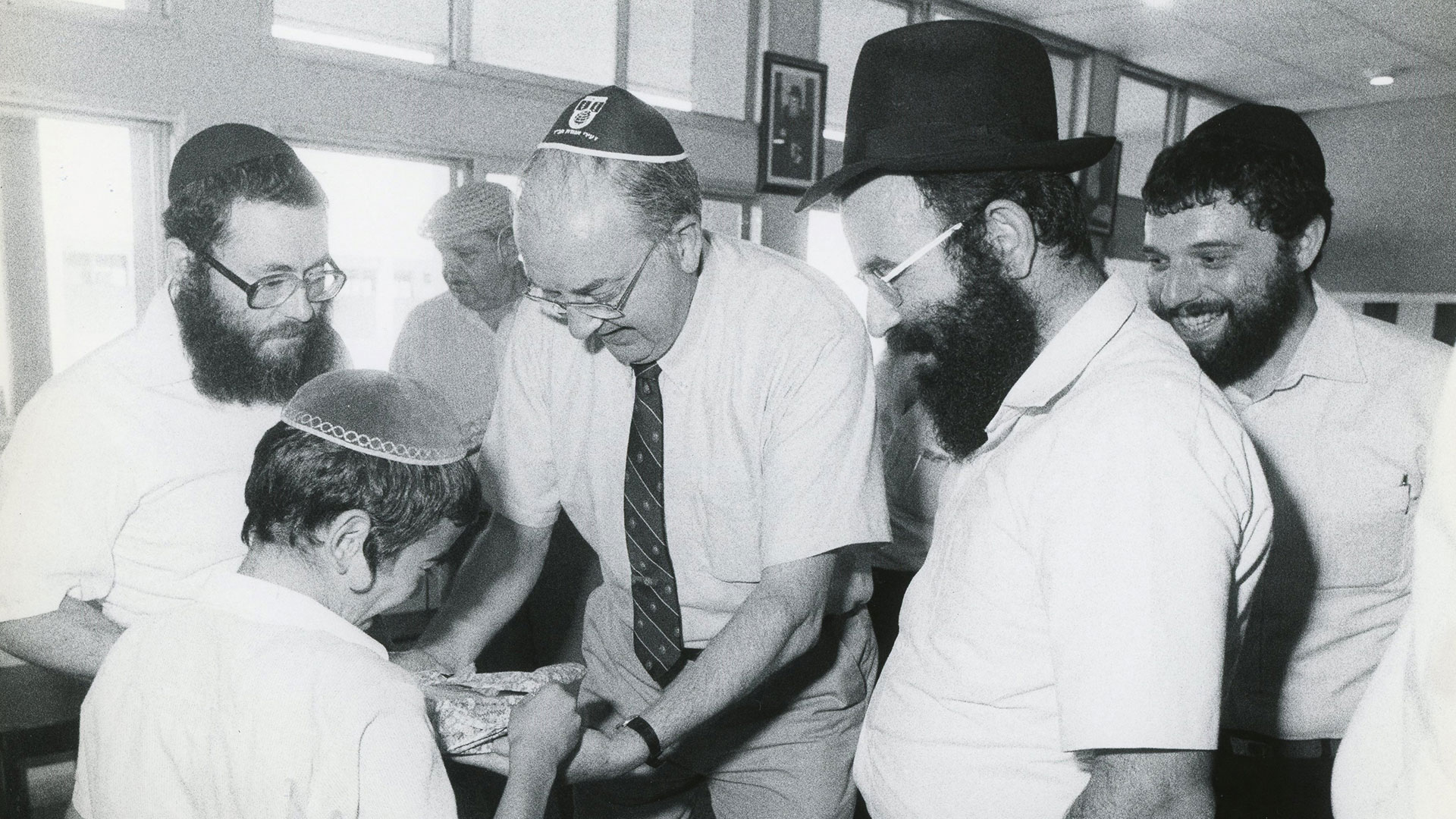 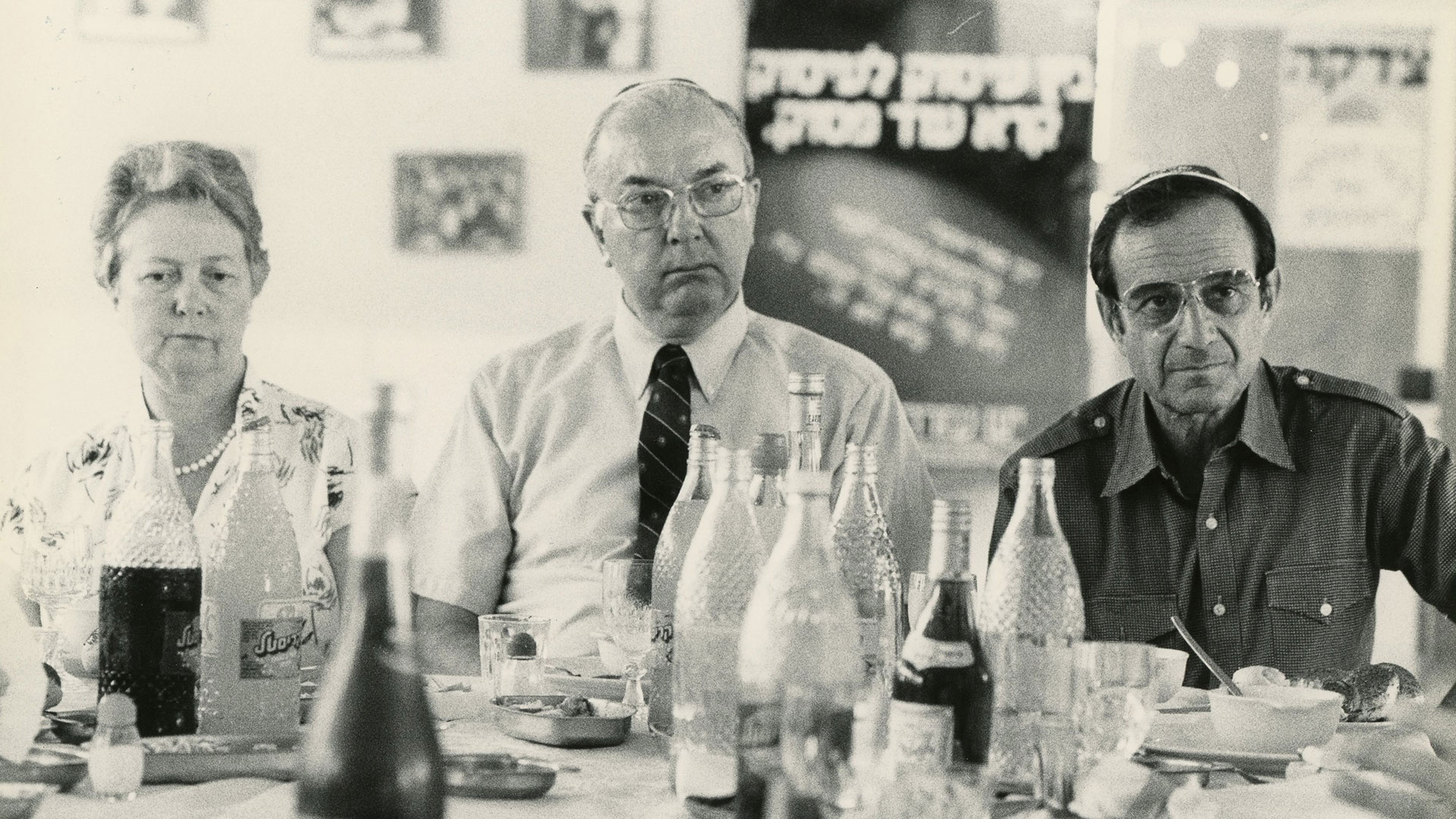 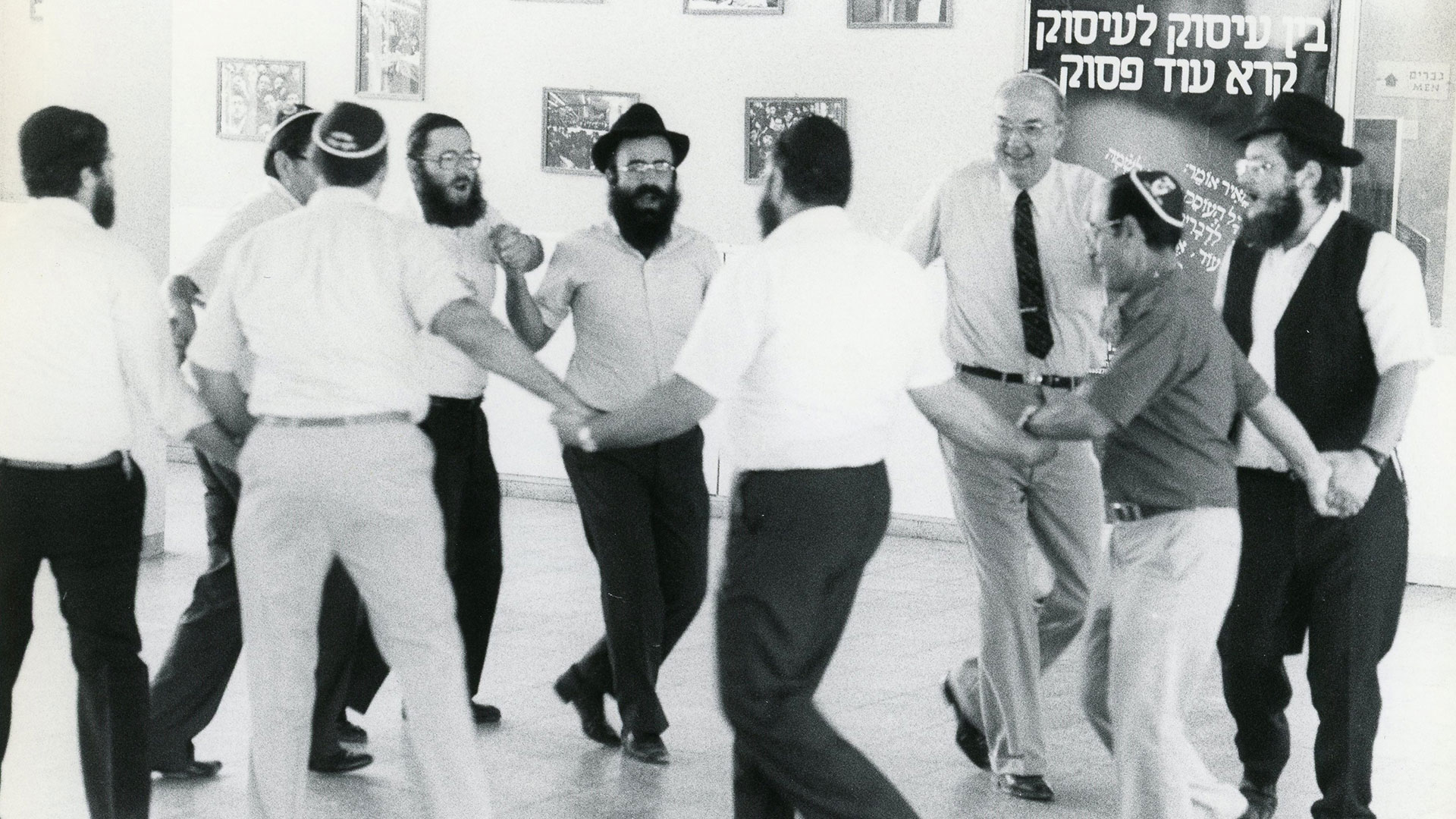 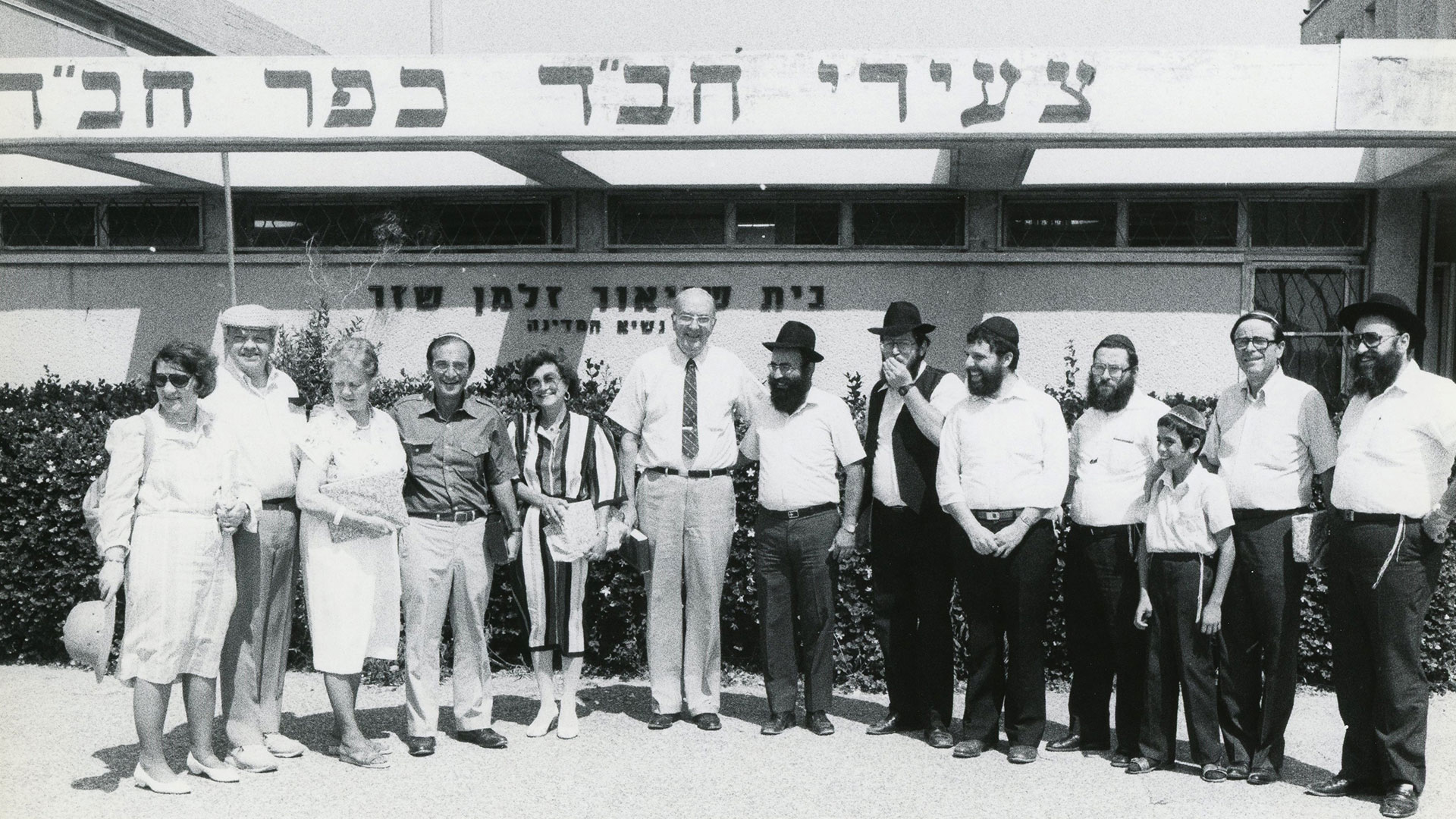 In his memoirs, Senator Helms wrote, “It often surprises people that a Senator from North Carolina would have an avid interest in foreign policy…I believe when I arrived in the Senate in 1973 that there was no committee whose work has more impact on the welfare of North Carolina than the Foreign Relations Committee.” Senator Helms asked for a seat on the committee early in his career and was thrilled to be a part of such important work.
In 1985, Helms was entitled to become Chairman of the Foreign Relations Committee but chose to fulfill a campaign promise and chaired the Senate Agriculture Committee instead. In 1987, when Democrats took control of the Congress, Senator Helms was chosen to be the ranking member of the Foreign Relations Committee and was happy to be the conservative voice in such an important committee. 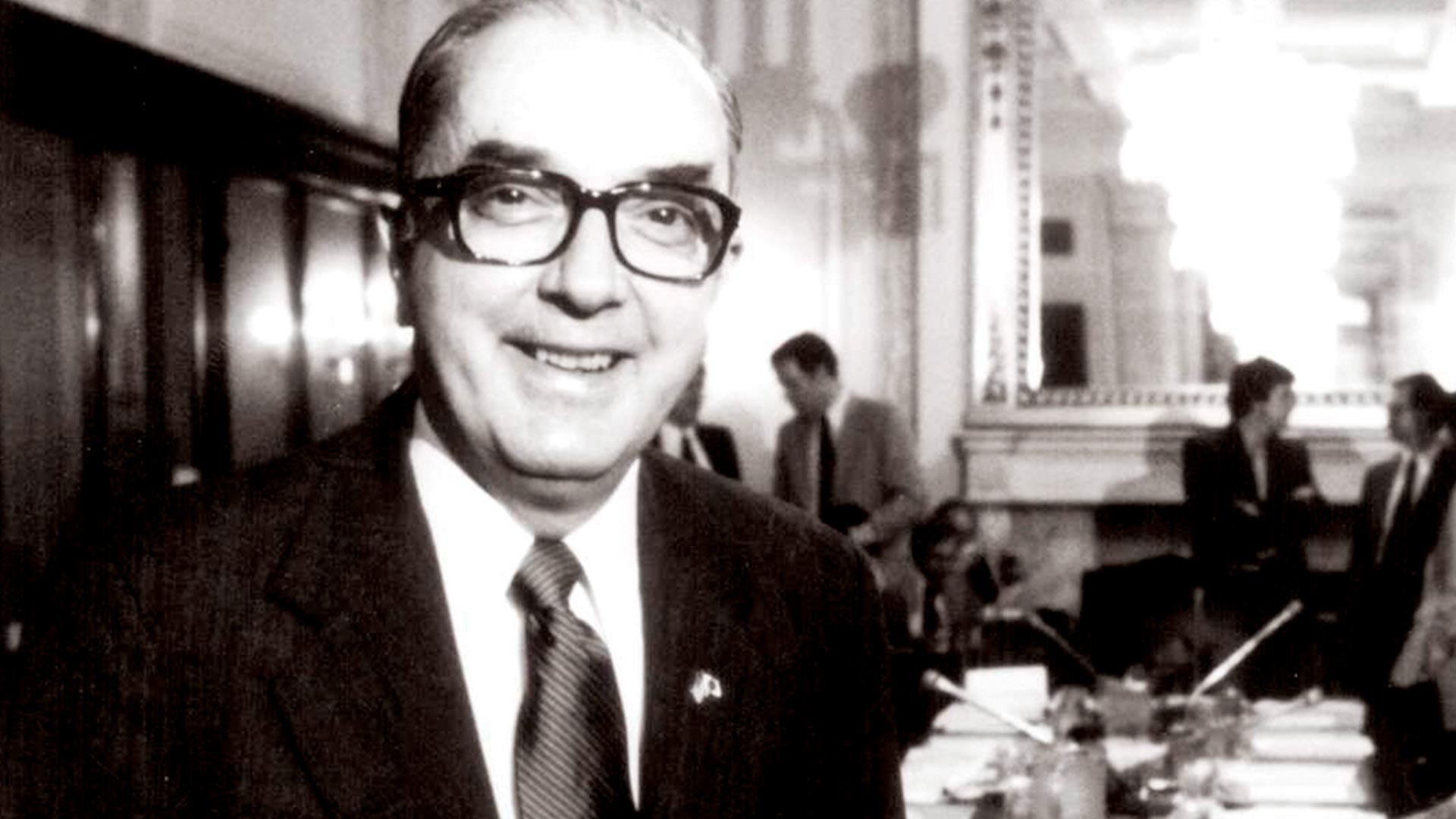 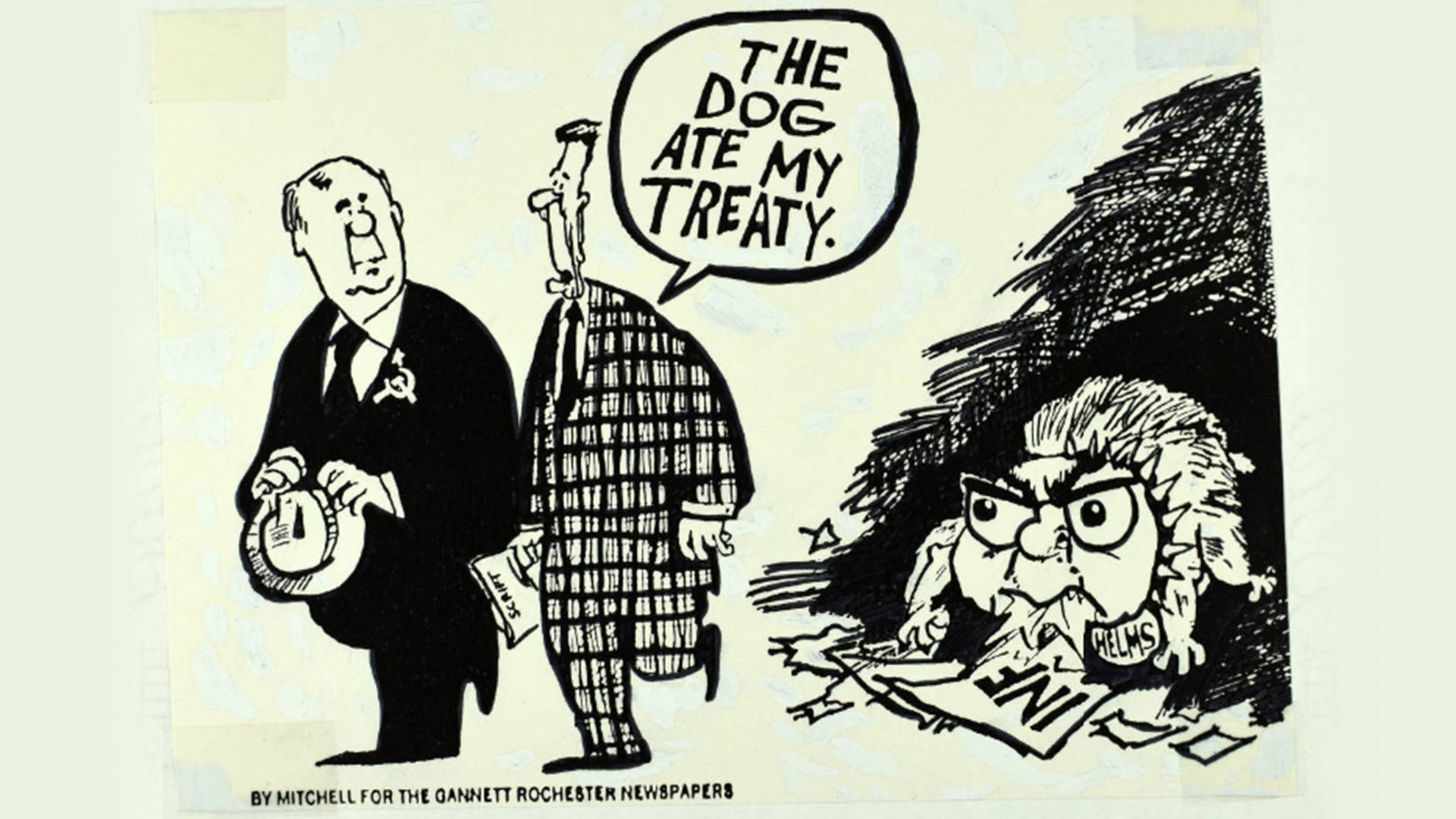 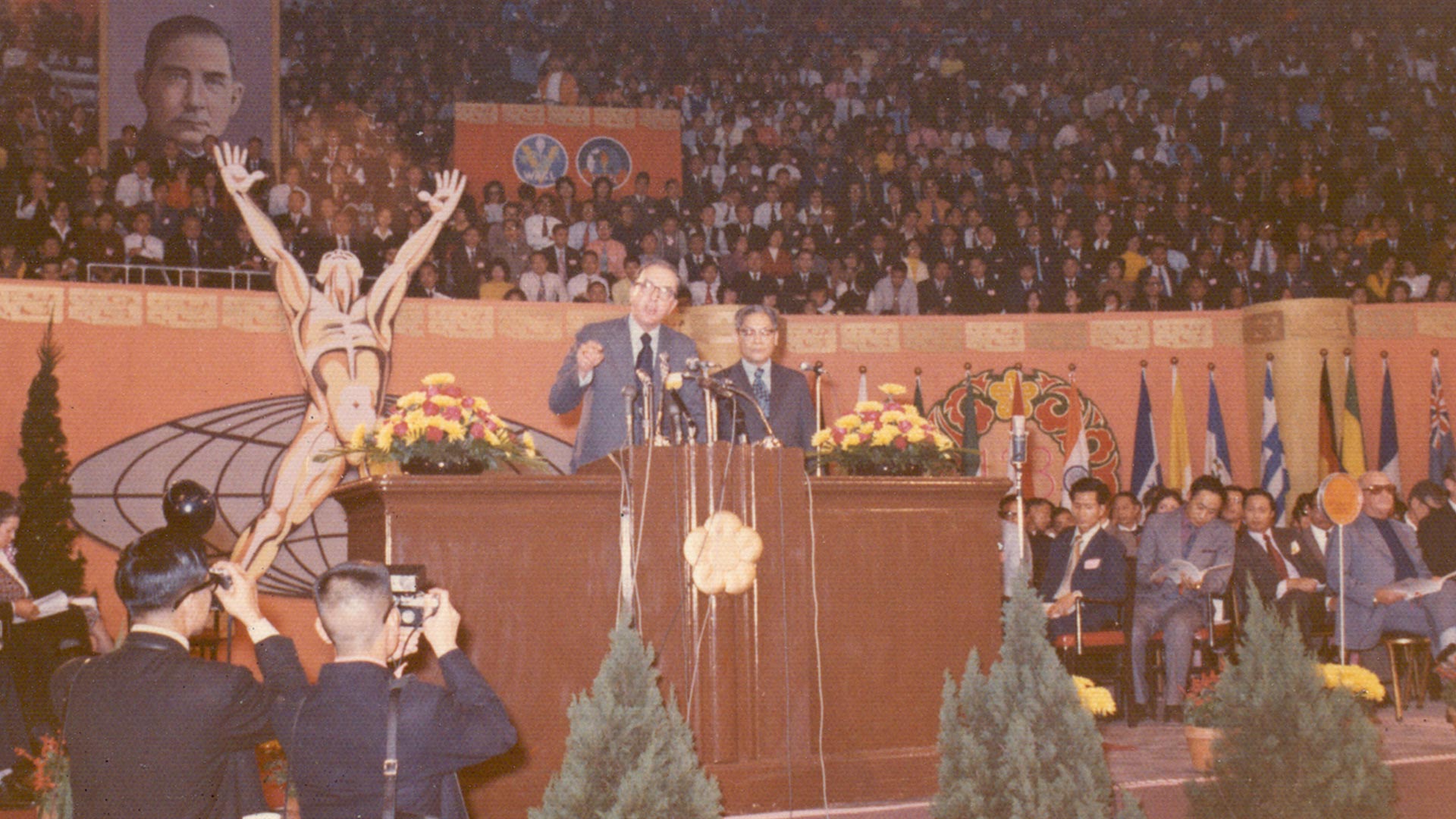 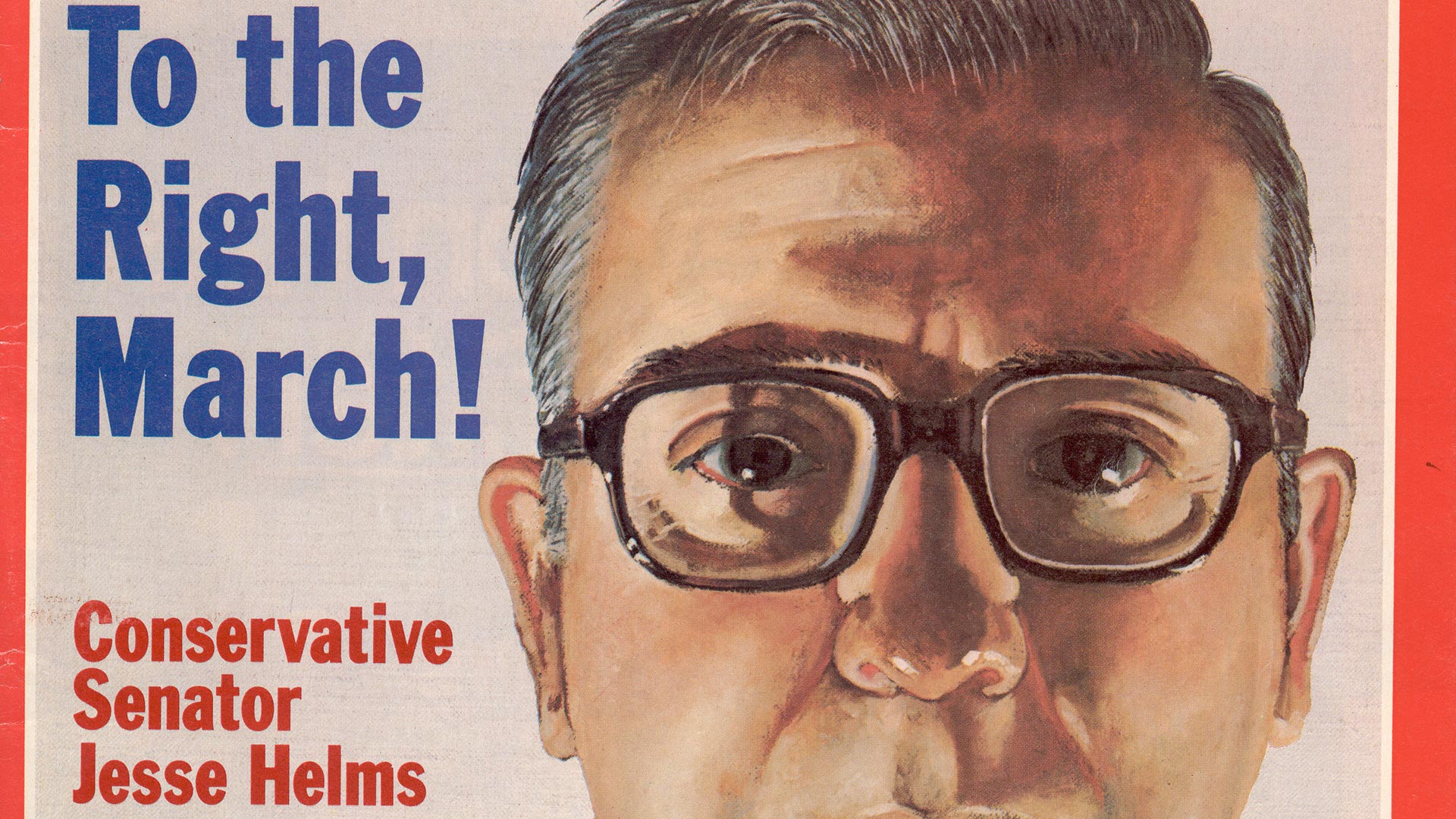