Former Secretary of State Madeleine Albright and Senator Helms first met when she was the U.S. ambassador to the U.N. in the early 1990's. When President Clinton nominated Albright to be the first female Secretary of State, Senator Helms had no objections. Senator Helms wrote, "Secretary Albright and I did not agree on very many issues while she held her office. However, we decided early on that we would always treat each other as friends and find those places where we could work together."  They collaborated frequently and Secretary Albright even came to speak at Wingate University in 1997.

Together, Helms and Albright helped reform the State Department and on June 13, 1997, Helms introduced the Foreign Affairs and Restructuring Act of 1997 which was signed into law by President Clinton on October 21, 1998. In his memoirs he wrote, “At long last the United States Information Agency and the Arms Control and Disarmament Agency were brought under the control of the State Department and the President of the United States.” Helms considered this a major victory.

Also, Helms and Albright worked closely to expand NATO to include Poland, Hungary and the Czech Republic. When debate on expanding NATO first started the Clinton administration was reluctant and Helms reached out to Secretary Albright for help. Together, Helms and the Senate Foreign Relations Committee worked with Secretary Albright to expand NATO the right way and recognized the status of status, stable democracies in Eastern Europe. Helms considered this one of the proudest moments as Chairman of the Senate Foreign Relations Committee. 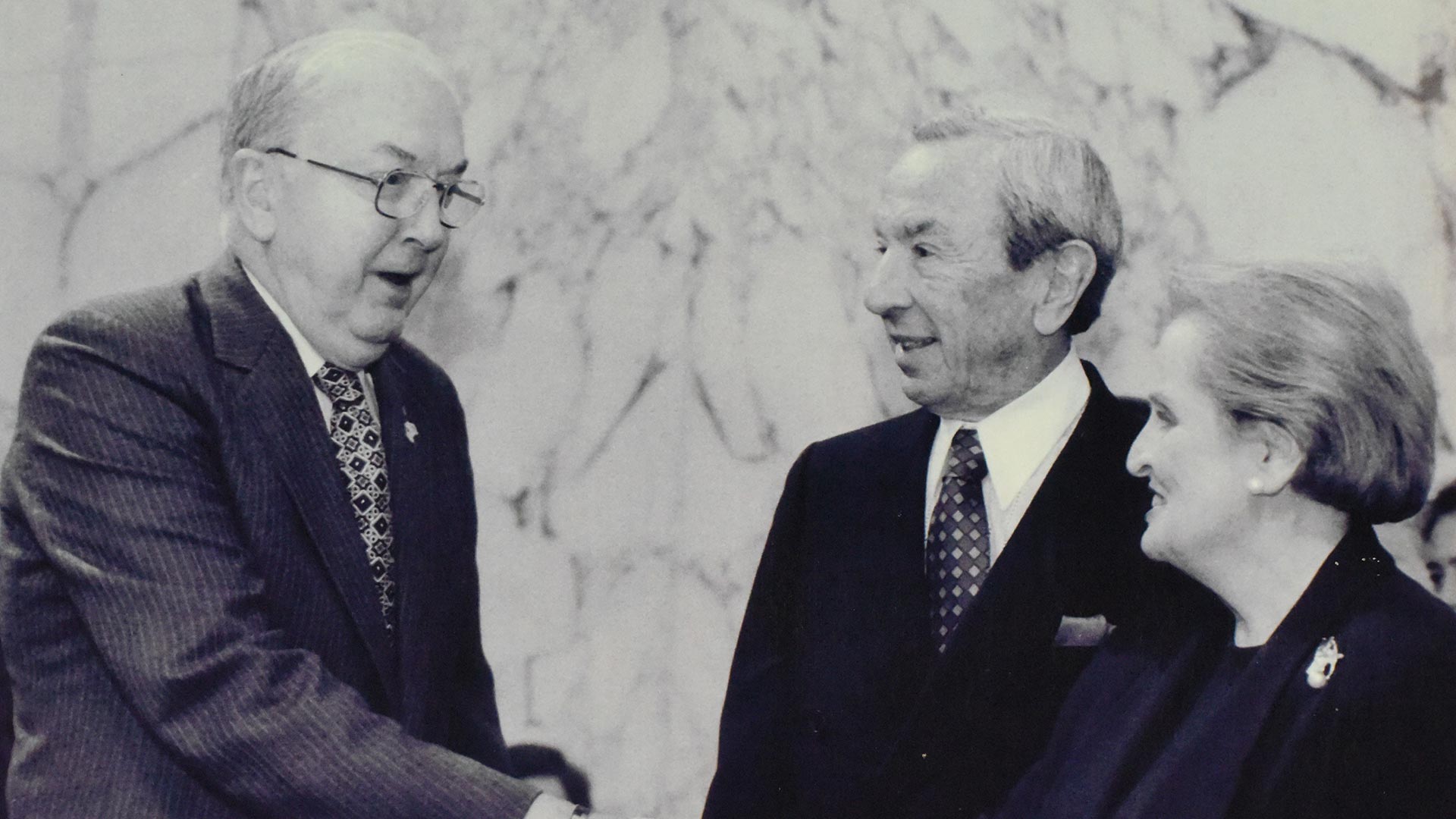 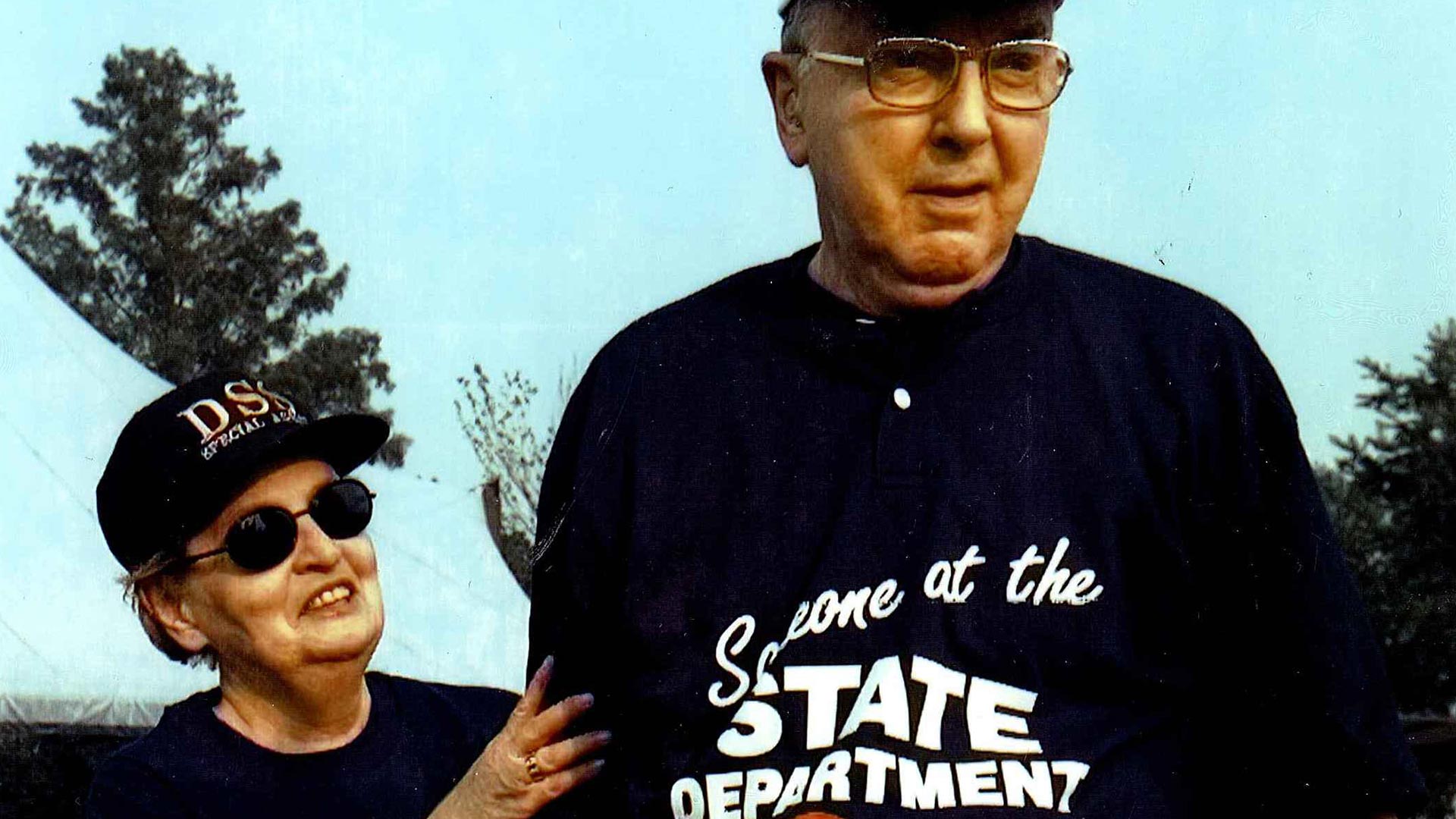 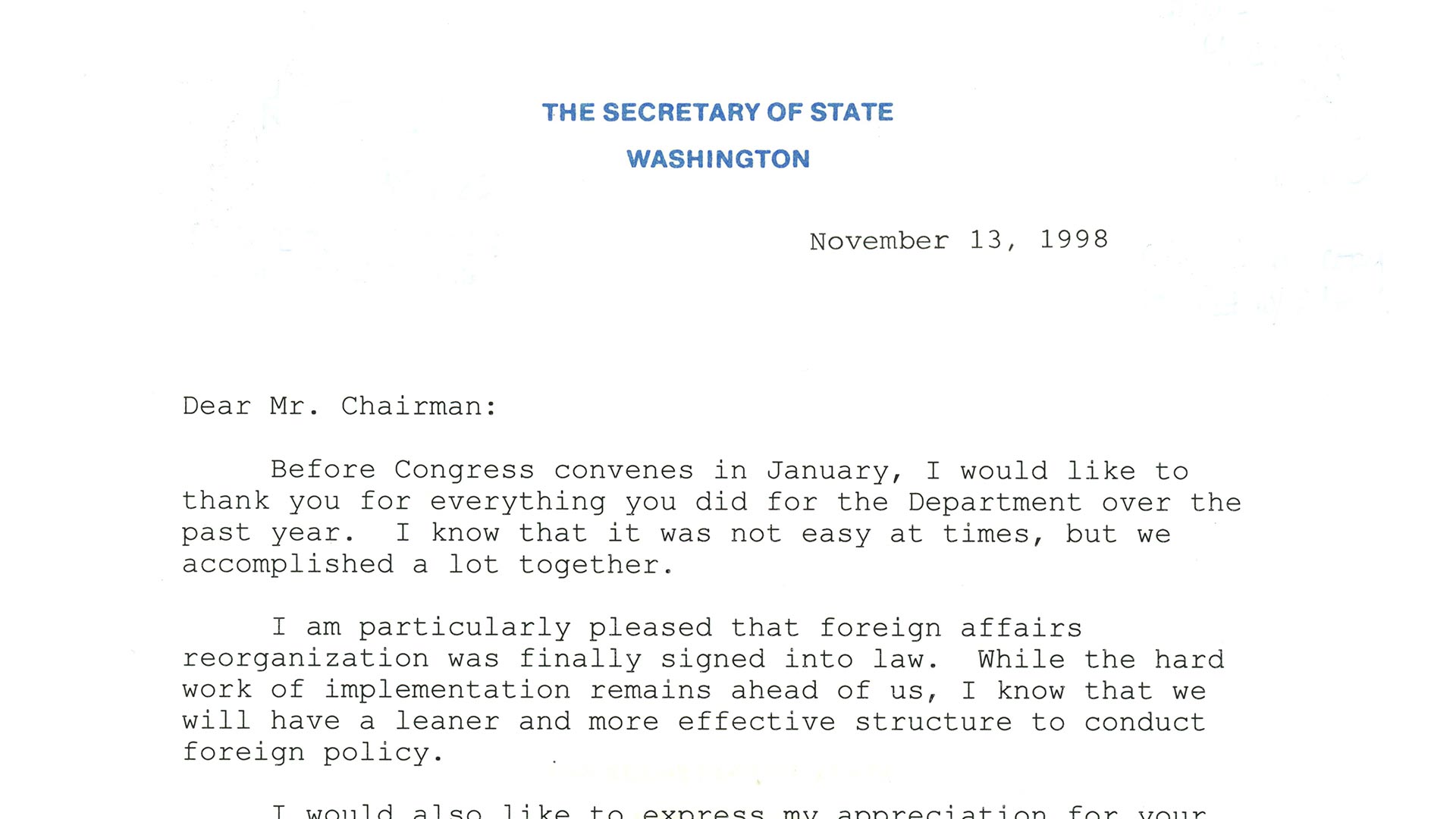 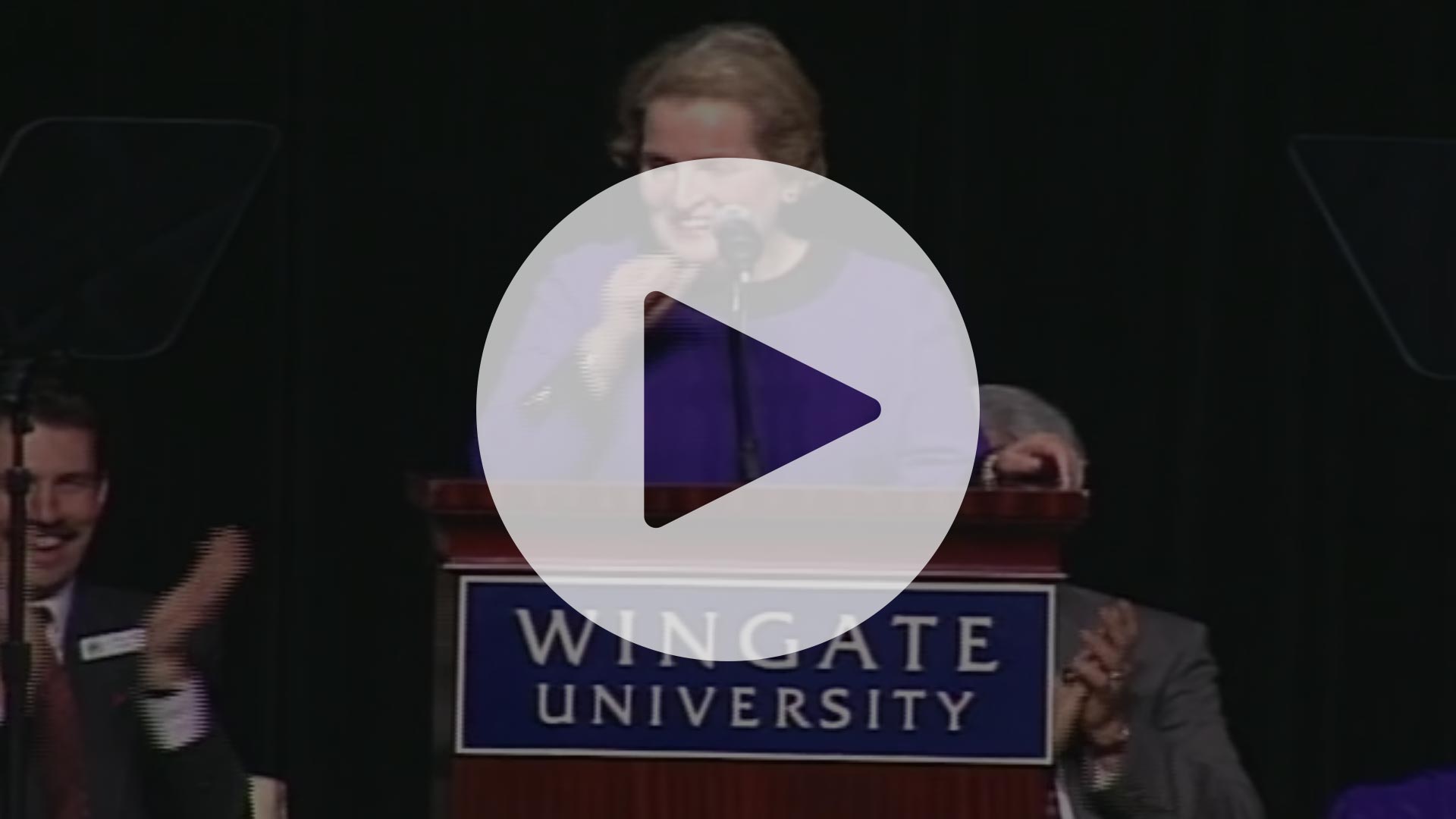 At its inception, the North American Free Trade Agreement was a controversial agreement between the United States, Canada and Mexico intended to reduce trading costs, increase business investment and help North America be more competitive in the global marketplace.

Senator Helms often said that “in order for there to be free trade there must be fair trade.” If he thought any trade agreement was going to be harmful to the United States he opposed it. Therefore, when he thought the NAFTA was going to undermine American sovereignty, take jobs away from American workers, and hurt the economy, he fought hard to make changes to the agreement to protect American worker and the economy.

NAFTA opposition focused on its impact on the American worker. Many feared American companies would relocate to the Mexico to avoid paying minimum wage and benefits and, as a result, companies remaining in America would lower wages and cut benefits to compete with foreign companies. In particular, Helms was concerned for the textile and furniture industries in North Carolina and what would happened to the state’s economy of the companies moved and people lost their jobs.

Also, Helms worried that the creation of a multinational bureaucracy, tasked with investigating NAFTA members and to ensure they are enforcing laws, would allow foreign bureaucrats to dictate rules to American companies and relinquish U.S. sovereignty rights. Helms wrote, “No trade agreement is worth permitting other countries to dictate how enforce U.S. domestic laws.” Senator Helms was so concerned that he sent a letter to the United States Trade Representative, Michael Kantor, with ten questions and concerns about the North American Commissions on Labor and the Environment having too much power and becoming an “international, environmental gestapo.” 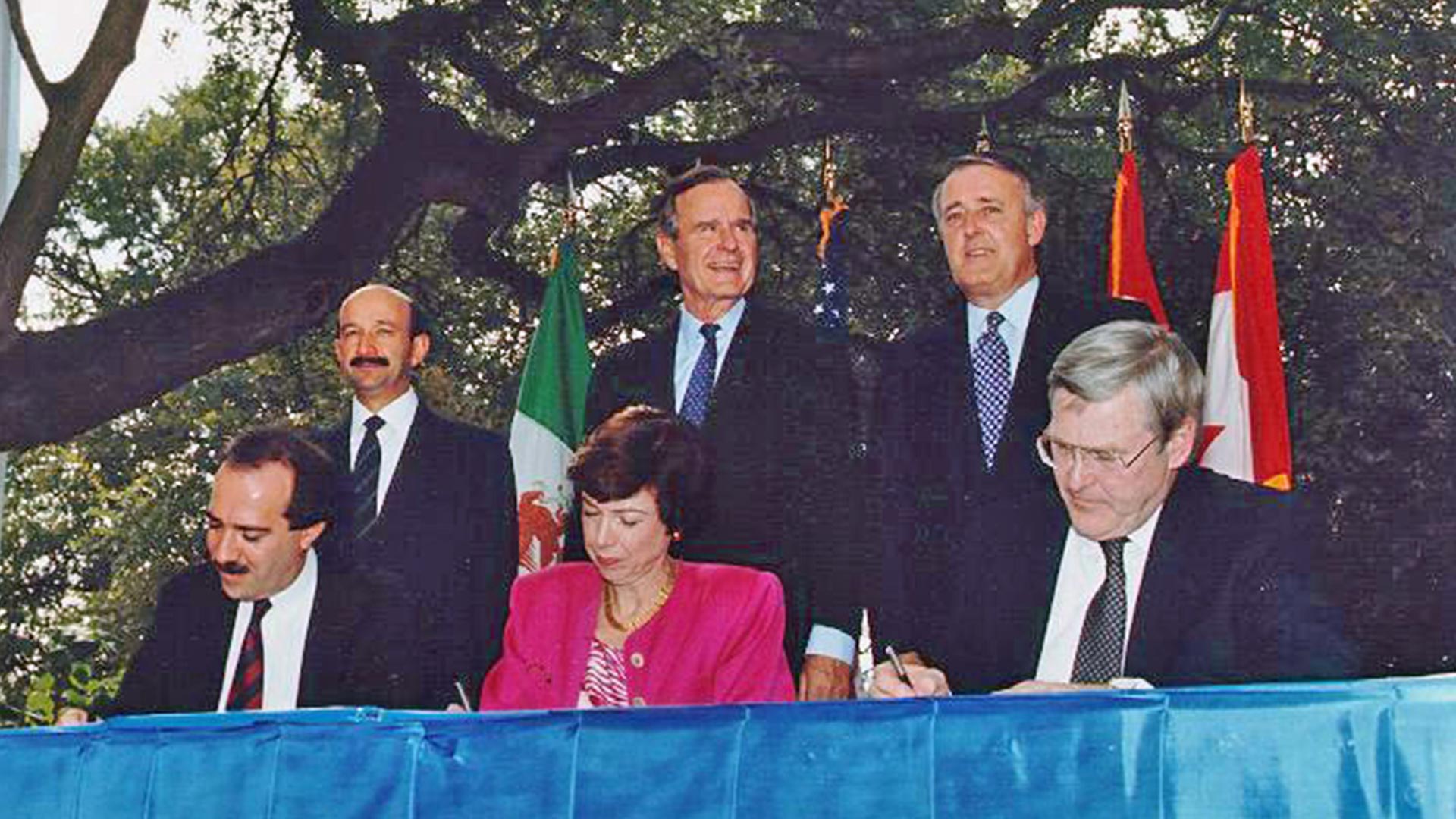 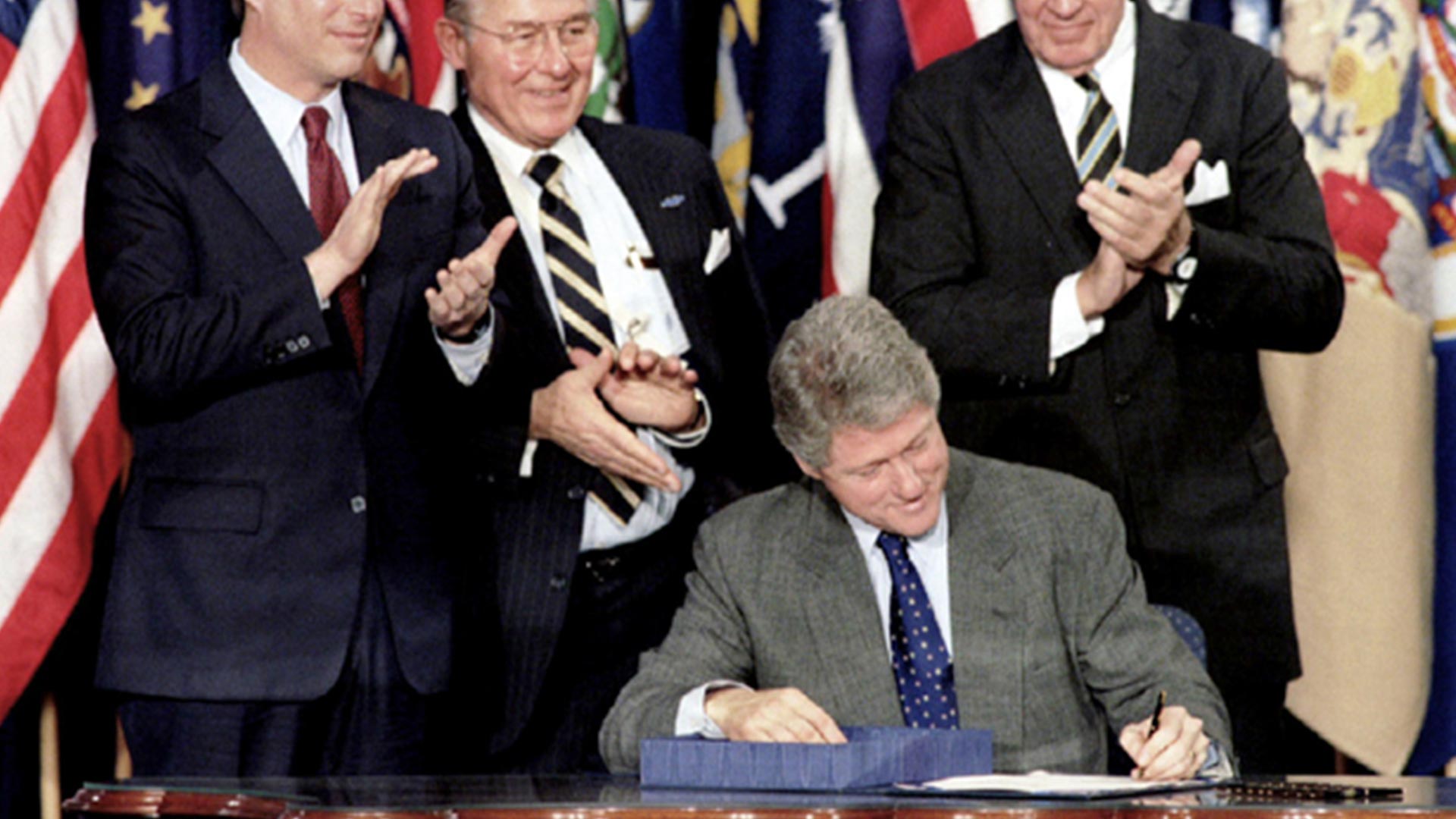 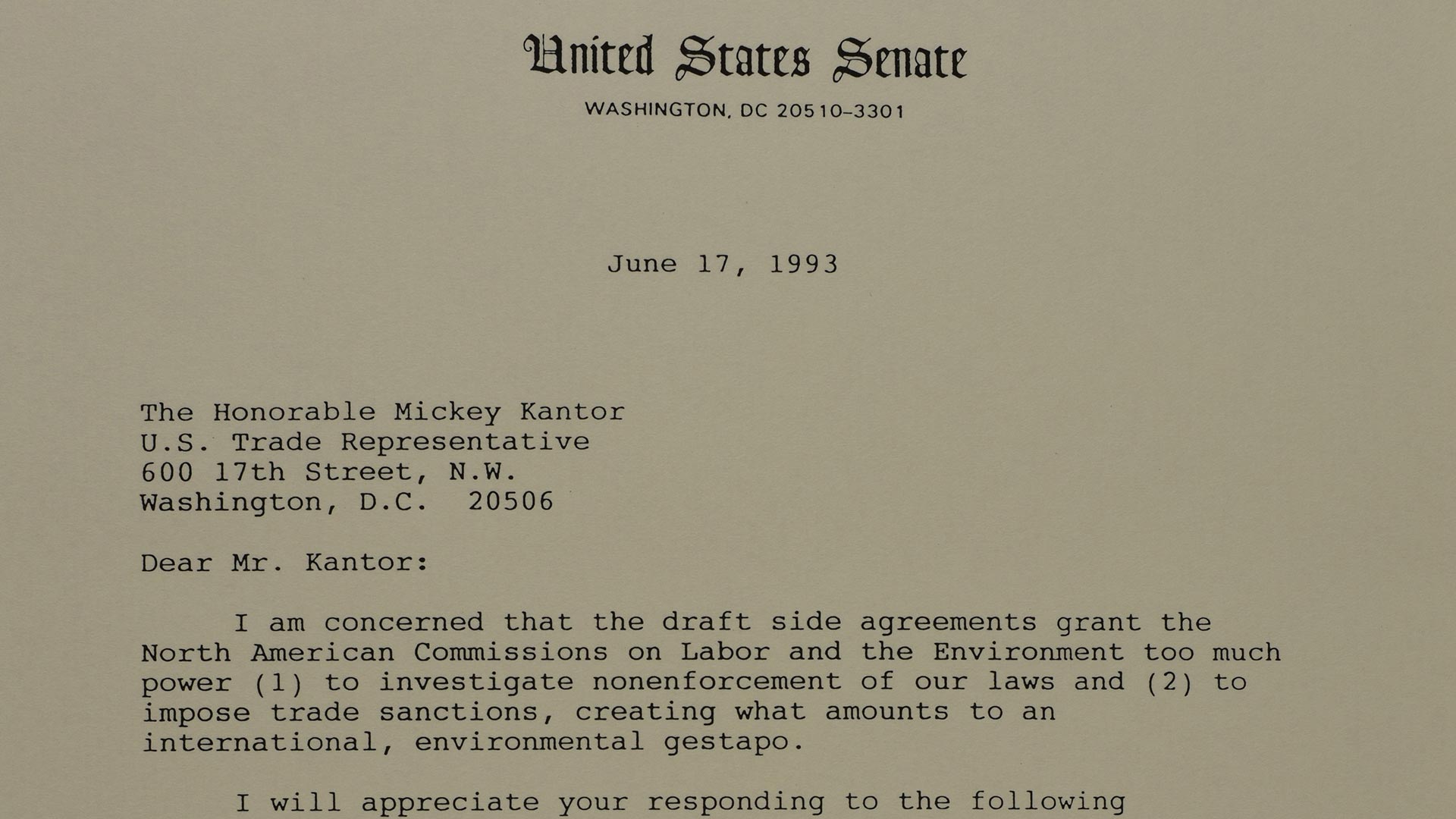 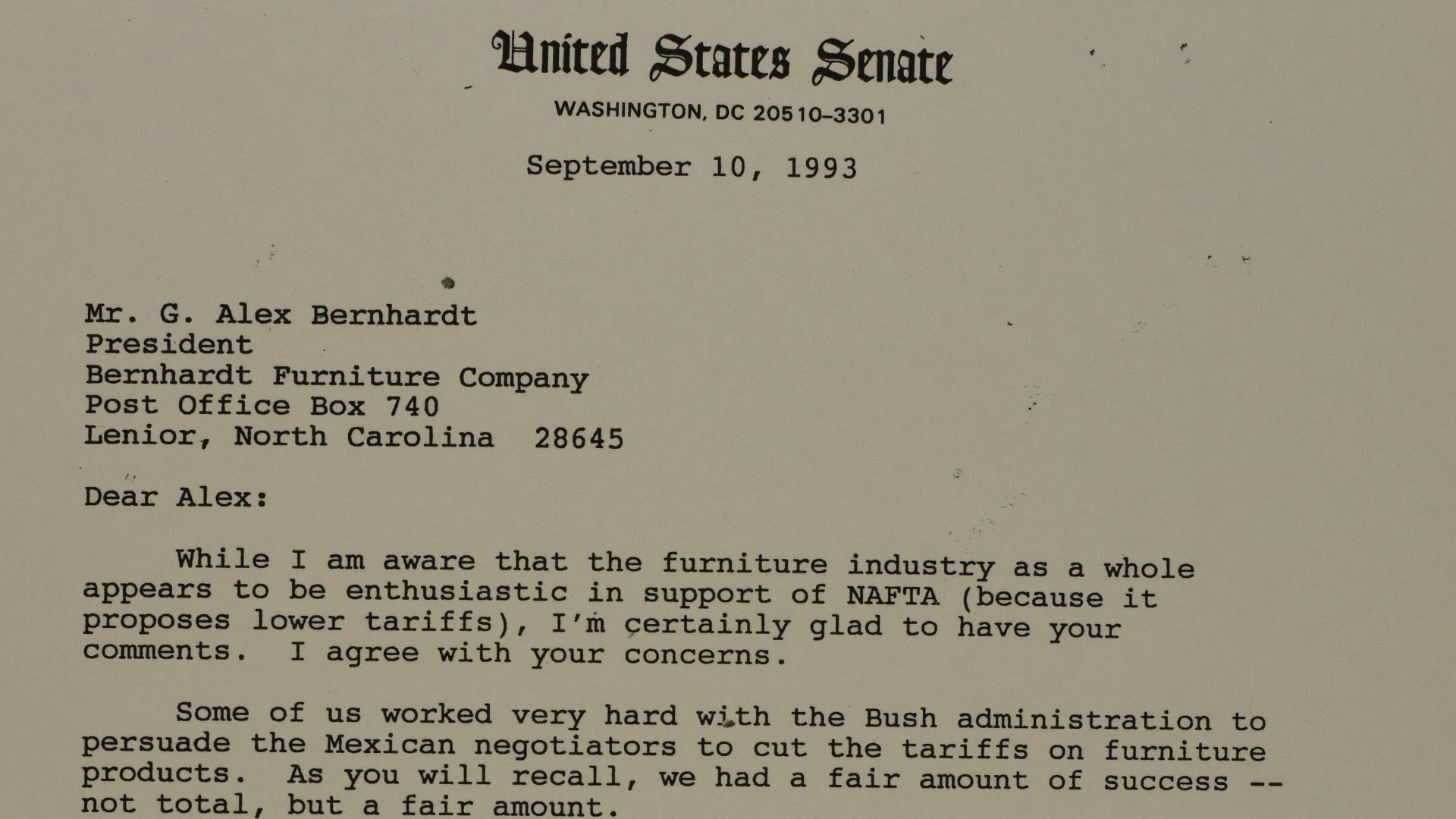 While Senator Helms was Chairman of the Senate Foreign Relations Committee, President Bill Clinton nominated former Governor William Weld to be the United States Ambassador to Mexico. On September 12, 1997, Senator Helms held a special meeting of the Senate Foreign Relations Committee. He wanted to address accusations that he was making history by not voting on the William Weld nomination as Ambassador to Mexico. Helms, however, thought the press where a little off base with their accusations. At this special hearing, Chairman Helms presented over 150 examples of when a committee chairman blocked Presidential appointment without holding a hearing. Clearly, he did not set the precedent for such an occurrence.

In an example of Helms’ willingness to work with President Clinton, Helms sent Clinton a letter suggesting he nominate Weld as Ambassador to any other country…just not Mexico. Helms thought Mr. Weld’s views on drugs were a bad fit for an Ambassador to Mexico. Former Governor Weld did not take kindly to Helms blocking his nomination. However, on September 15, 1997, Weld withdrew his nomination and ended a five month battle. 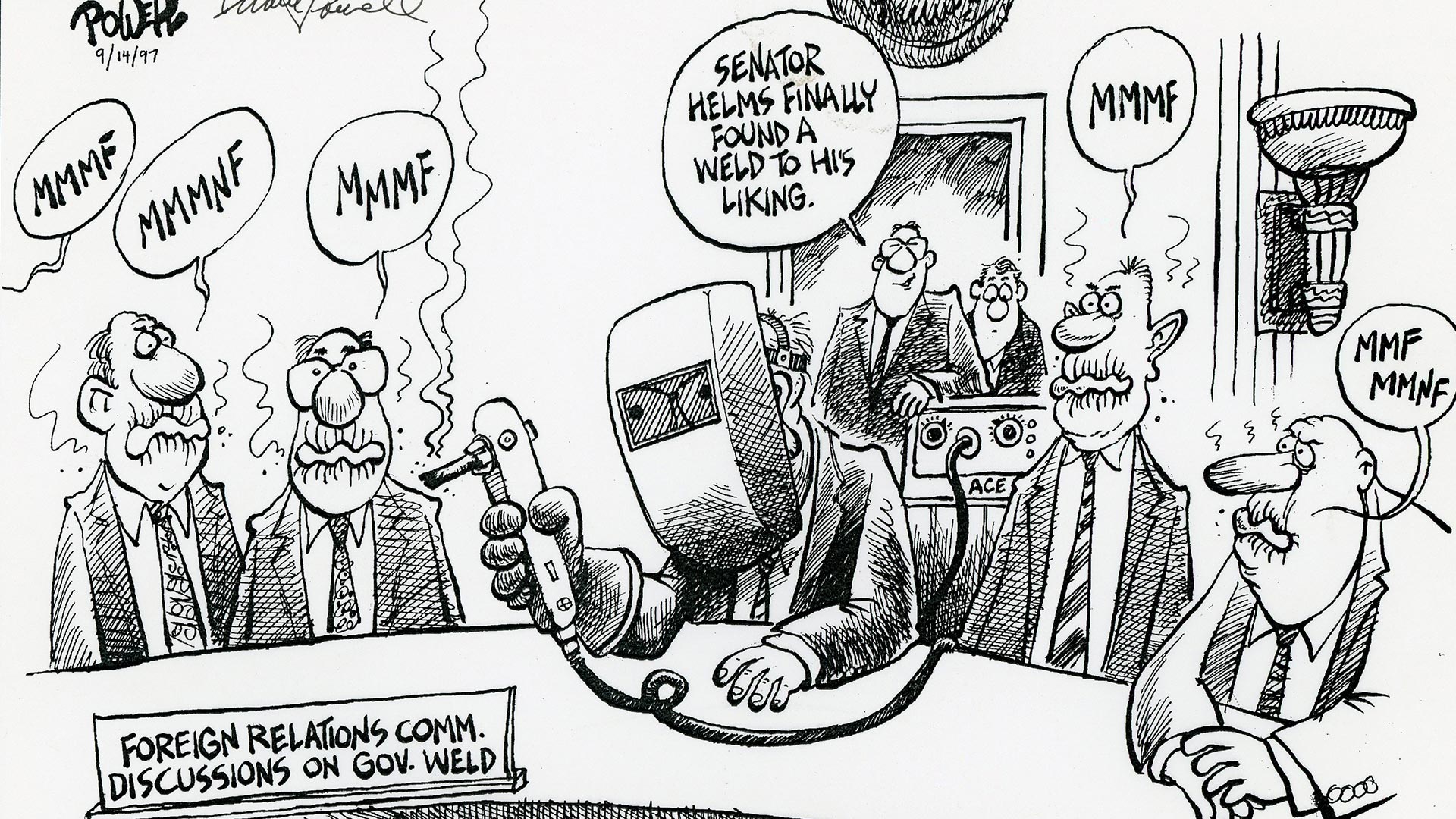 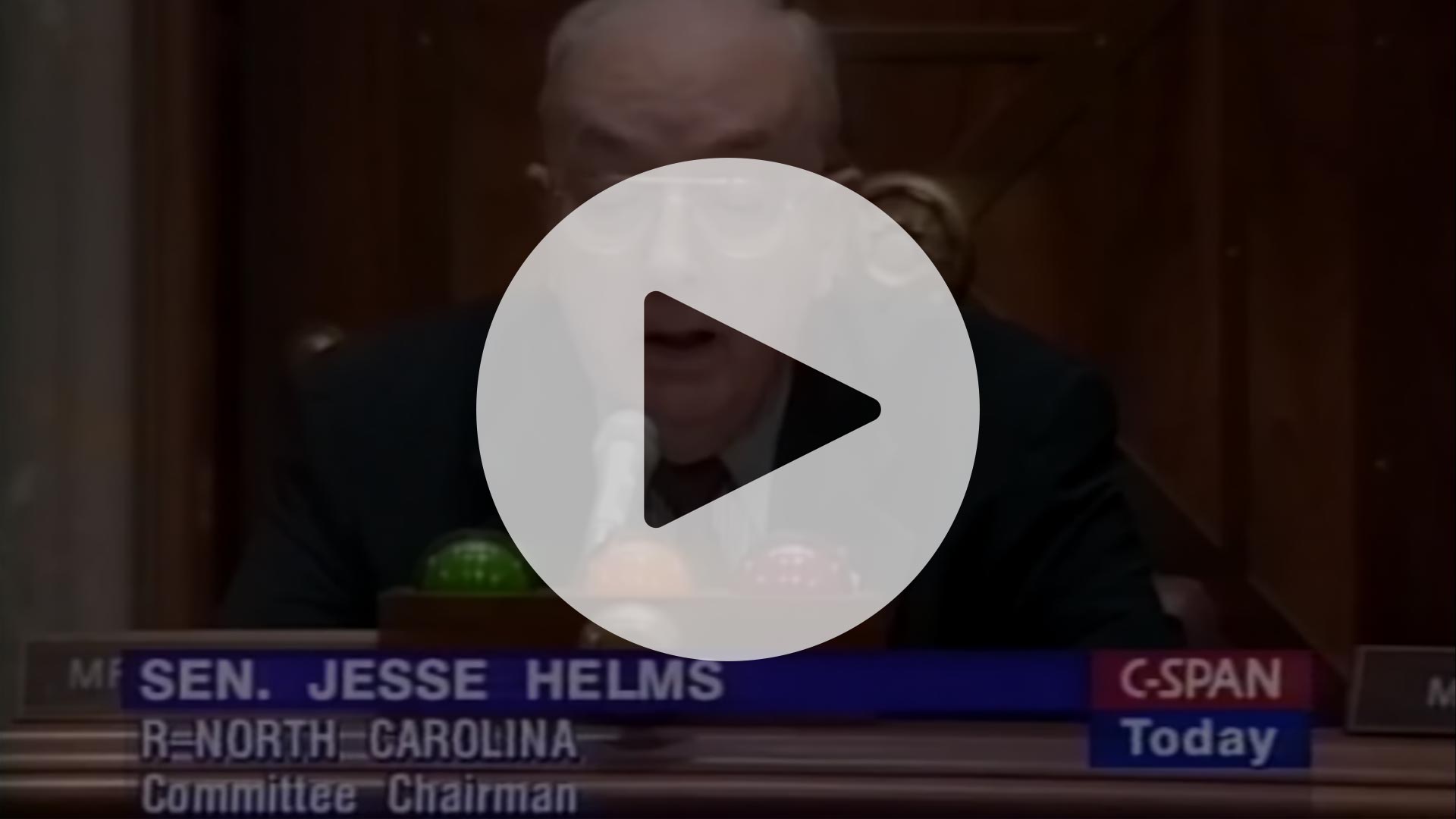 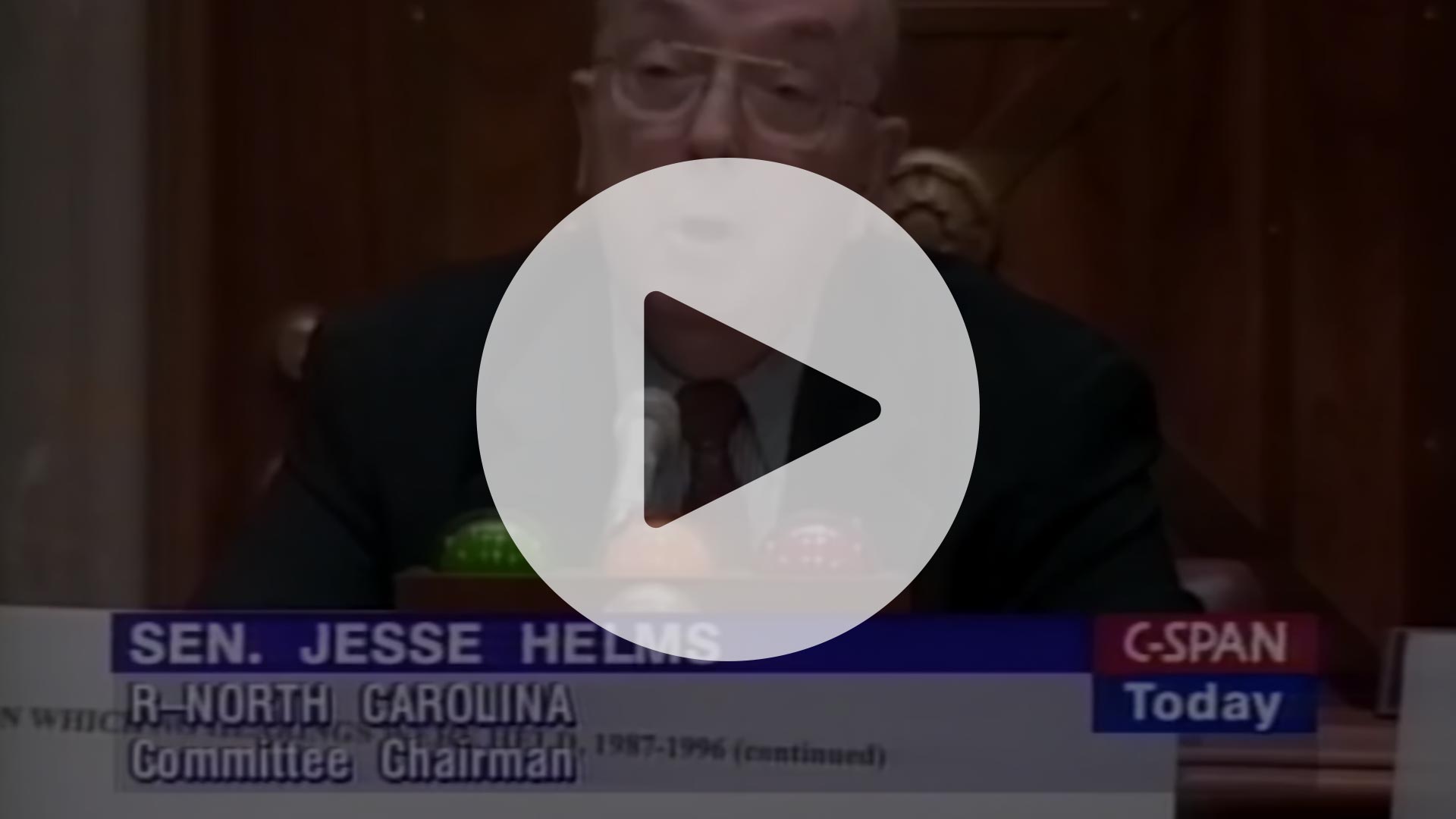 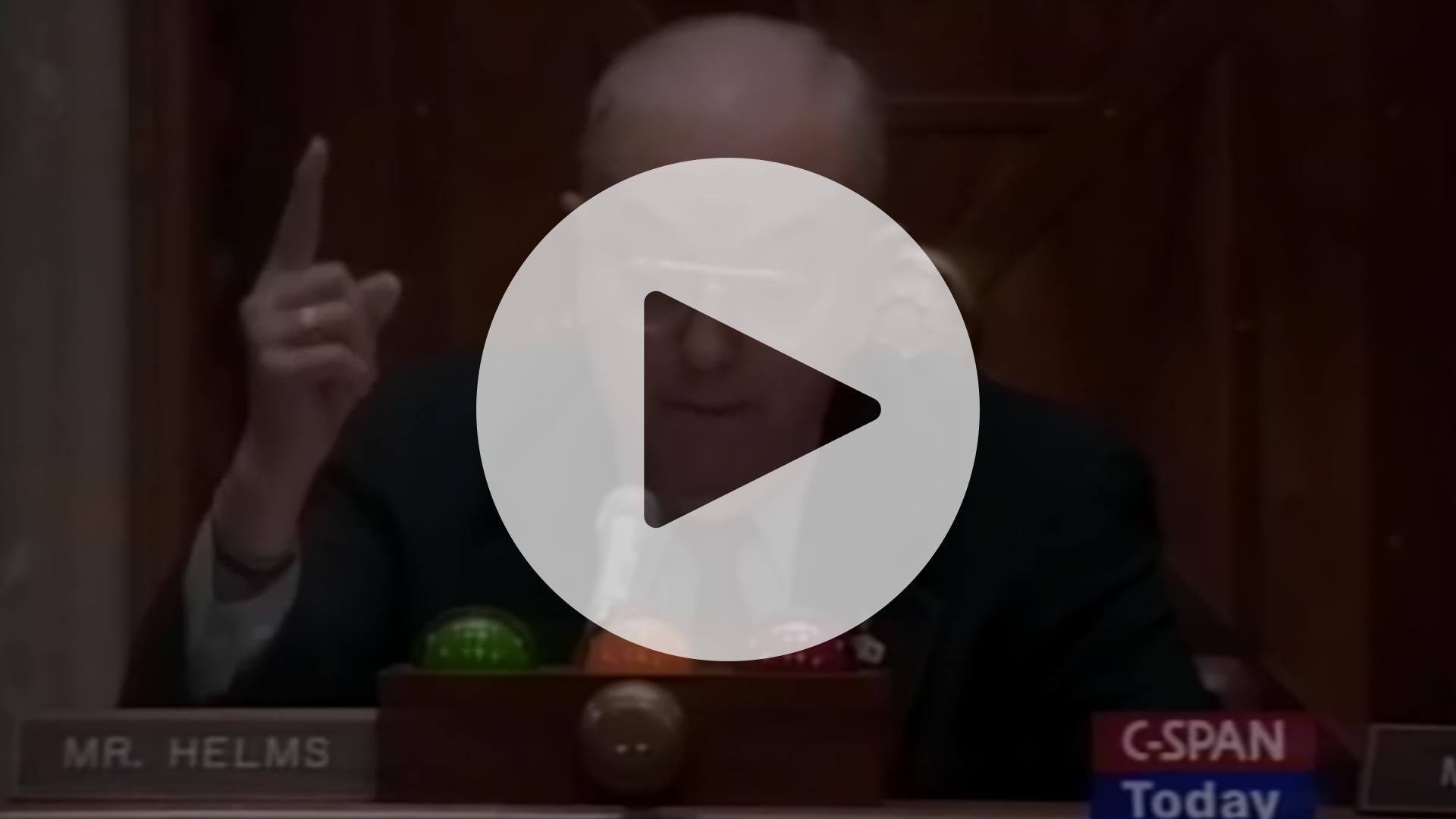